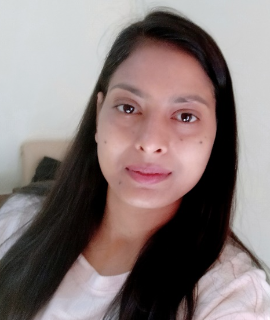 Plants continuously monitor environmental conditions and adjust their growth and development accordingly. At mild increase in temperature (28°C), model plant Arabidopsis shows dramatic changes in its architecture. The transcriptional regulator PHYTOCHROME INTERACTING FACTOR 4 (PIF4) and its downstream targets are known to regulate these ambient temperature-responsive changes in Arabidopsis. Mediator, the transcriptional co-activator has recently emerged as an integrator of signalling pathways during plant development. In this study, we have delineated the role of Mediator in the regulation of ambient temperature response in Arabidopsis. We found that plants defective in one of the subunits of Mediator head module, MED17, show reduced responsiveness towards ambient temperature. The med17 plants exhibit reduced elongation in hypocotyl as compared to WT plants. The role of auxin signalling has already been established in thermomorphogenesis. Here we are elucidating the previously unexplored role of jasmonic acid (JA) signalling and its interaction with Mediator complex and auxin signalling during thermomorphogenesis. During warmth, the co-receptor of JA, CORONATINE INSENSITIVE 1 (COI1), is stabilized whereas the JA-signalling repressor JASMONATE-ZIM-DOMAIN PROTEIN 9 (JAZ9) is degraded. Activation of JA signalling further triggers the occupancy of master regulator of JA signalling MYC2 on the promoter of MED17 leading to the transcriptional regulation of MED17. MED17 in turn occupies the promoters of thermosensory genes such as PIF4, YUC8, IAA19 and IAA29. MED17 also influences the epigenetic status of the promoters of these genes during warmth.  Thus, this study elucidates the important role of Mediator in thermomorphogenesis and establishes it as an integrator of JA and auxin signalling.

Rekha Agrawal studied botany at Jiwaji University, Gwalior, India and graduated as M.Sc. from there in 2015. In 2017, I joined Dr. Jitendra K. Thakur’s research group at National Institute of Plant Genome Research (NIPGR), New Delhi, India and pursuing a PhD here. I am currently working on the regulation of shoot and root development by Mediator complex.