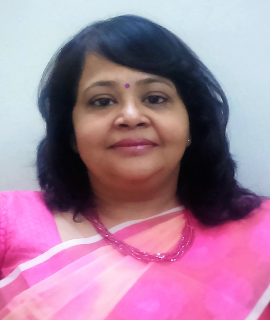 Several physiological processes are affected by salt stress in plants. Chlorophyll biosynthesis is one among them, which is executed via a series of cooperative reactions catalysed by several enzymes. Incubation of maize leaf segments with 50-300 mM NaCl during greening decreased the total chlorophyll content substantially and significantly; protochlorophyllide level was reduced substantially by 300 mM salt concentration. Chloroplastic ALA synthesis was more severely inhibited at 150, 200 and 300 mM salt concentrations.  δ-Amino levulinic acid dehydratase (δ-ALAD), one of the earlier enzymes of the pathway plays a major role in regulating the chlorophyll biosynthesis. Supply of 150- 300 mM NaCl to etiolated maize leaf segments during greening inhibited the ALAD activity significantly and chlorophyllase activity marginally. The percent inhibition of ALAD activity by NaCl was reduced by the supply of MgCl2, MnCl2 and ZnCl2. Inclusion of glutamate caused inhibition of enzyme activity in presence of salt, while α-keto glutarate showed activation. Protective effect of in vivo as well as in vitro supply of glutathione was observed on enzyme activity against the salt stress. In vivo and in vitro supplementation of levulinic acid, a competitive inhibitor of ALAD reduced the enzyme activity in the absence as well as presence of 300 mM NaCl. In vitro addition of NaCl inhibited the enzyme activity in the absence and presence of salt. Increasing concentration of amino levulinic acid (ALA) during assay increased the activity of –NaCl as well as +NaCl enzyme gradually in a similar course. Double reciprocal plot prepared for both the enzymes displayed non-competitive type of inhibition, as Vmax  for +NaCl enzyme decreased without affecting Km value with increasing ALA concentration. It is suggested that the salt stress adverse effect on chlorophyll biosynthesis is mediated largely through   inhibition of ALAD activity in greening maize leaf segments involving binding of Na+ ions either with the enzyme directly or to enzyme-substrate complex/ interfering binding of Mg++ ions to the enzyme.

Dr. Meeta Jain is a recipient of Gold and Silver medals and fellowships during her Master’s degree in Biochemistry from Devi Ahilya University, Indore, India. She received doctorate degree in Biochemistry in 1995 and then joined as a Lecturer in the same department in the year 2000. She is working in the area of abiotic stress studies in plants. She has published more than 70 research articles in the reputed journals, presented papers in several conferences and has been the supervisor for about 10 Ph.D. students.