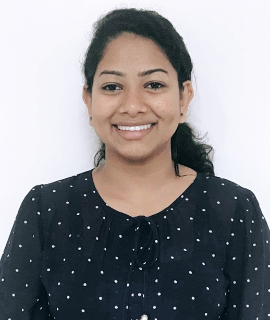 Flowers and pollinators are key components of plant reproduction. The lack of systematic monitoring limits our understanding of the status of insect pollinators. The classical pollinator monitoring methods, like insect traps and video recording requires knowledge on both entomology, taxonomy. Moreover, it imposes a large burden on the ecologists who required to remain in front of tall unreachable trees in deep forests to identify the pollinators. With the advancement of next generation sequencing technologies, genomics and transcriptomic were revolutionized allowing the production of vast datasets. With the hypothesis that a small amount of data is sufficient for pollinator detection, we present a workflow from freely available bioinformatics software for the transcriptome assembly and pollinators detection from RNA-Seq data of flowers. We assembled the workflow using Illumina Hi-Seq data generated for Cinnamomum zeylanicum flowers and field observations. Five additional datasets deposited in NCBI database were also used to validate the workflow. The raw data were first filtered, trimmed and normalized. Assembly was performed with Trinity de novo assembler and redundancy was eliminated. For the taxonomy analysis, assembled transcripts were blasted against insects taxid using DIAMOND BLAST. The same procedure was followed for randomly extracted 1GB-5GB of raw data separately examining the effect of output on the number of species. The pollinators detected for C. zeylanicum from transcriptome data were confirmed via field observations. The number of transcripts representing pollinator genes increases as output increases.  However, >95% of the pollinators detected from the full transcriptome are represented by the 1GB of data. Though the output is increased, there is no significant increase in the species number. Researchers needs about 0.1g of tissue to generate 1-5GB data for an affordable price. This workflow could be applied to any plant species, even for tall trees in deep forests that difficult to reach via conventional methods.