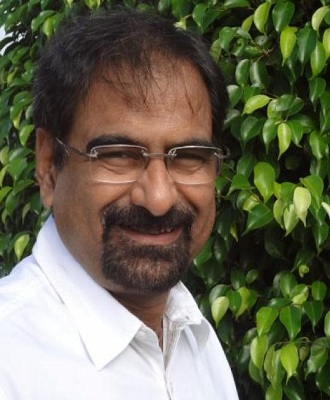 Professor J.K. Ladha devoted more than 35 years to aspects of sustainable management of agriculture and natural resources for increasing food security and environmental quality in developing countries. He served at the International Rice Research Institute (IRRI) from 1980 to 2017 was an adjunct senior scientist at the Columbia Univeristy until 2016. Currently, he is an Adjunct Professor in the Dept of Plant Sciences at the University of California-Davis. Dr Ladha provided leadership to the Cereal System Initiative System for South Asia and the Rice-Wheat Consortium Project that aims to sustainably enhance the crop productivity. He was a “Frosty” Hill Fellow at Cornell University (July 07–June 08) and an adjunct professor of Soil Science at the University of the Philippines (1990-2004).

Professor is a fellow of the American Association for the Advancement of Science (AAAS), American Society of Agronomy (ASA), the Soil Science Society of America (SSA), the Crop Science Society of America (CSSA), the Indian Academy of Agricultural Sciences (NAAS), and an associate member of the Philippine Council of Agricultural Research (PARC). He is a recipient of several awards and honors notably, the Third World Academy of Sciences Agriculture Prize 2016, the International Crop Science Award 2015, the International Service in Agronomy Award 2011, International Soil Science Award 2010, International Plant Nutrition Institute Science Award 2009. In 2000 and 2004, the CGIAR awarded the Chairman’s Excellence Science Award for Outstanding Scientific Partnership and the prestigious King Baudoin Award for Outstanding Research to the Rice-Wheat Consortium in which Professor Ladha was the key scientist and IRRI’s coordinator.