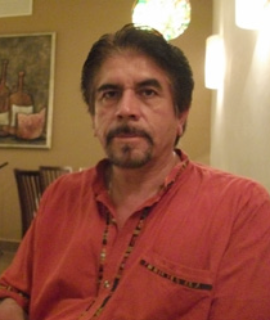 Solar radiation receipts in greenhouse horticultural crops determine air and plant temperatures, which may result in undesirable effects such as low growth rates and inferior produce quality. Most horticultural crops exhibit the C3 photosynthesis (Ps) pathway and have optimum radiation requirements around 400-500 µmol/m²/sec, while the photosynthetic saturation point is reached at 600 to 800 µmol/m²/sec (Jones, 2007). However, according to Lorenzo et al., (2010), under greenhouse conditions, solar radiation levels may limit tomatoes’ production even with PAR levels of 1200 mmol m-2 s -1 as light saturation is only experienced at the upper levels of the crop canopy. In the Central Valleys of Oaxaca (CVO) region, Mexico, located roughly at 17 º N and 97 º W, at a mean altitude of 1550 m, there are high radiation and temperature levels during March-May (late Spring), which may limit tomato production in greenhouses. This research aimed to evaluate the effect of four plastic covers on yields and physiological indicators of Lycopersicon esculentum Mill. varieties grown under greenhouse conditions in The Central Valleys of Oaxaca Region. Our results showed that at PAR levels in excess of 1000 µmol m-2s-1 Ps was reduced because of temperatures higher than 35° C, which resulted in a lower RH (< 40%) and Cs in Abril. Therefore, it is recommended to use plastic covers which do not transmit more than 800 µmolm-2s-1, as the largest fruit yields were obtained with plastics with those characteristics, which decreased air temperatures by 5 °C. It was concluded that solar radiation does not limit tomato fruit yields, but high air temperatures and low relative humidity.

Jaime Ruiz-Vega is an agronomist with specialization in soil management with a PhD degree from Iowa State University in Agricultural Climatology and Crop Production. The following courses have been taught; from 1989 to 1991: Agroclimatologia, Programa de Maestría, ITAO No. 23, From 1991- 2007 Fisiotécnia Vegetal, Programa de Maestría, ITAO No. 23, and from 2003 to date Agroecología. Programa de Maestría, CIIDIR OAXACA. He has been an agricultural researcher from 1976 to 1993 at the Instituto Nacional de Investigaciones Agricolas and a Profesor-Investigador at Instituto Politécnico Nacional (CIIDIR, U. Oaxaca) from 1993 to date. He has produced 54 refereed papers and 7 book chapters, four doctorate and 34 MSci thesis, and has attended 73 international meetings.