Nucleolar iron impacts rDNA organization and expression in A. thaliana 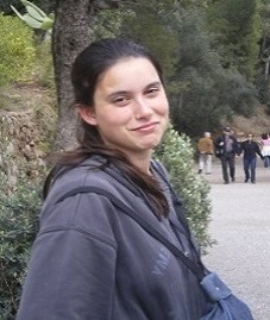 The biogenesis and structure of the nucleolus are directly linked to ribosomesynthesis. Remarkably, plant nucleoli contain a major pool iron. Interestingly, accumulation of iron in animal cells induces rDNAhypermethylation and oxidation of pre-rRNA, and is linked to neurodegenerative diseases. In this context, it would be important to study the structural and functional relationship between iron andplant nucleolus.Here, we studied the functional rDNA organization in Arabidopsismutant plants with reduced amount of iron in the nucleolus:nas (nicotianamine synthase) plants. In A. thaliana (Col-0), hundreds of 45S rRNA genes (45S rDNA) units are located on chromosomes 2 and 4, in regions called Nucleolar Organizer Region (NOR 2 and 4). Each 45S rDNA contains the 18S, 5.8S and 25S rRNA sequences separated by internal transcribed spacer (ITS1 and ITS2) and flanked by 5’ and 3’ external transcribed spacer (5’ETS and 3’ETS). Three major classes of 45S rDNA, referred as rDNA variants 1 to 4 (VAR1-4), can be identified in Arabidopsis. The rDNA VAR1 (~50% of the copies) is expressed only during seed germination and localizes in the NOR2 (inactive/ silenced) while rDNA VAR2 and 3 are constitutively transcribed and localize mainly in the NOR4 (active). We observed that in nasplants,reduced amount of iron seems to not affect rRNA processing or assembly with ribosomal proteins. In contrast, we showed that rRNAVAR1 genes are expressed, indicatingthe activation of the normally silenced NOR2. De-repressionof NOR2 is correlated with itsassociation to nucleolus and with rDNA methylation changes. Interestingly,hypomethylationof the 3’ETS, rather than the 5’ETS (hypermethylated), is correlated with activation of NOR2 in the nas plants. These results, associated to other observations, suggest that NOR2 activation in nas mutant correspond to a failed-silencing of NOR2 during early stage of plant development. Altogether, these data will be presented and discussed. This work is supported by the CNRS, the UPVD (fellowship to CM) and by an ANR grant SVSE2_SUBCELIF 087217.

Charlotte Montacié is a Ph.Dsudent in third year of thesis under the direction of J. Sáez-Vásquez, at the “LaboratoireGénome et Développement des Plantes” Perpignan, France (http://lgdp.univ-perp.fr/index.php?page=equipe-4). She published an article demonstrating a link between proteasome and nucleolus functional structure (Montacié et al., 2017, Frontiers in Plant Science). Before doing her thesis, she did training courses in applied biology: