Growth and physiology responses of Phragmitesaustralis to drought, flooding and their alternate in inland salt marshes, Northeast China 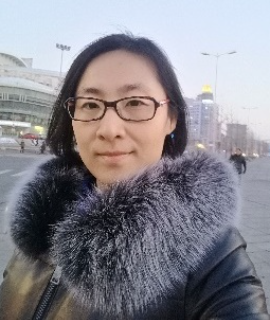 Title : Growth and physiology responses of Phragmitesaustralis to drought, flooding and their alternate in inland salt marshes, Northeast China

The hydrological regime is the dominant factor associated with the degradation and restoration of inland salt marshes in Northeast China. As a special ecosystem in western Songnen Plain, Northeast China,Phragmitesaustralis saline-alkaline marsh degrade to saline meadow or even alkaline spots progressively, due to the interruption of the water supply. In order to understand the process of degradation and restoration of Phragmitesaustralis salinealkaline marsh, four months of pot experiments were designed to examine changes in the growth and physiology of P. australis, and the response to different hydrological regimes (alternate flooding–drought treatments, flooding and drought duration). (1) Compared with four months flooding, the combined drought/flooding treatment that drought in one month and flooding in subsequent three months obtained the largest biomass and lower sodium ion absorption by plant shoots, although the later give rise to the highest population height. Subsequently, the accumulation of sodium ion in plant shoots increased significantly with the delay of flooding and increased drought periods, and the significant enhanced photosynthetic activity imply the evident physiological responses to drought stress. (2) With the increase of flooding duration, plant height reached to the highest value in full time flooding but the biomass reached to the largest in the treatment that only flooded 2 months. Although the Na+ and K+ did not show a regular change, they was the lowest in this treatment.(3) Plants in alternate flooding–drought conditions exhibited substantially more biomass accumulation and less Na+absorption compared with the single treatments of moisture, flooding, and drought. Photosynthesis physiology served as regulating and adaptive responses to different water regimes, with increased values after the short-term flooding, long-term drought, and flooding–drought cycles. Comparing all these changes in the growth, photosynthetic physiology and saline ions contents under different hydrological regimes,the growth of P. australis was promoted by flooding–drought cycles, which suggests that this may be an effective approach for restoration inland salt marshes.

Xiaoyu Li, Ph.D, an associate researcher in Northeast Institute of Geography and Agroecology, CAS. She graduated from Northeast Normal University and gained doctor degree of Ecology in 2010. The main field direction is plant eco-physiology, and research vegetation restoration in wetland after graduation of doctor. She was in charge of threeNational Natural Science Foundation of China, and one provincial scientific research projects.She visited USA Everglade Wetland Research Park between 2013 and 2015. There are more than 50 paper publication since 2010. She is also the reviewers of many national publications, such as Ecological Engineering, Crop and Pasture Science, Wetlands, Photosynthetica, etc