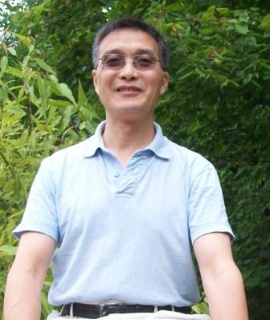 Title : Will Die Slowly family in Arabidopsis development and their ERK docking sites for the interaction with MAP kinase pathways

Will Die Slowly (WDS) gene family was identified and was suggested to have anti-cell death and anti-senescence functions by phenotypic analysis of single or double mutants. wds1 plants started to show signs of leaf senescence sooner than wild type. The lack of remarkable differences between the phenotypes of WT, wds1, wds2 and wds1/wds2 plants indicates that WDS1 and WDS2 do not mediate cell death pathways that are responsible for shaping the architecture of the Arabidopsis plant. The expression level modulated at different developmental stages, reaching a peak when 50% flowers have opened. WDS1 is predicted to be located in the cytoplasm, to contain three possible ERK docking sites, to interact with a protein that appears to function in the repression of genes that may induce apoptosis via a mitochondria mediated pathway and also a protein that seems to be part of an ubiquitin ligase complex. Overexpression of WDS1 in Arabidopsis enhanced the tolerance to osmotic stress.

Tim Xing has completed his Ph.D from Leicester Polytechnic in England and postdoctoral studies from University of Toronto. He is an associate professor in Carleton University, Ottawa, Canada. He has published over 70 papers in reputed journals and serving as an associate editor of several international journals.