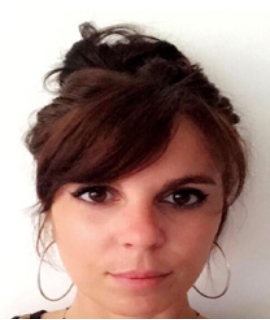 Title : Use of biocatalytic processes for the production of value-added compounds from vegetable oils

The volatile compounds, responsible for the fresh odor of cut grass known as “green note”, have a particularly interest for flavor and food industries. These compounds (hexanal, 3Z-hexenal and 2E-hexenal) are naturally synthesized in higher plants through the lipoxygenase pathway. The lipoxygenase catalyzes, first, the oxygenation of linoleic and linolenic acids to form fatty acid hydroperoxides, which are then cleaved by hydroperoxide lyase (HPL) to generate short-chain aldehydes and oxoacids. Unfortunately, the amount of these compounds is too low to consider their extraction from raw plant, and the processes of production currently used are highly polluting or lead to a low yield. To overcome these drawbacks, the use of recombinant, or commercial enzymes, in such processes constitutes an attractive alternative because they would allow producing these molecules in a more effective way, while benefiting from the “natural” label. The combined action of a Candida rugosa lipase and a soybean 13-lipoxygenase was performed on sunflower or linseed oils. The first one oil, which contains around 67 grams of linoleic acid for 100 grams of oil and traces of linolenic acid, was used to produce 13-hydroperoxides of linoleic acid. The second oil, which contains around 56 grams of linolenic acid and 15.5 grams of linoelic acid for 100 grams of oil, was used to produce mainly a large amount of 13-hydroperoxides of linolenic acid but a smaller amount of 13-hydroperoxides of linoleic acid is also produced. There is no commercial 13-Hydroperoxyde lyase available, so we have produced and purified an olive recombinant 13-Hydroperoxyde lyase (HPLwt) and then used it in several experimental conditions. We have obtained conversion yields of 93 % and 73 % for hexanal and 3Z-hexenal productions respectively. The both steps of the process were optimized in a laboratory scale. In order to raise the quantities of green note compounds produced (for an industrial application), the optimization of a process combining the commercial lipase, the 13-lipoxygenase and the 13-hydroperoxide lyase will be conducted in a bioreactor. Furthermore, during enzymatic reaction, the hydroperoxide lyase products another compound, a bi-functional compound (oxoacids with 12 carbon atoms), particularly interesting for production of biolubricants and biomaterials. The ongoing research (PO FEDER AGRIEX project) aims to developing a biocatalytic process for production of these added-value compounds.

I’m a research engineer at the Laboratory of Biochemistry and Molecular Biology of Plant of the University of Corsica in the Joint Research Unit Environmental Science (UMR 6134) of CNRS (National Center for Scientific Research), Natural Resources project. Graduated of INSA (National Institute of Applied Sciences) of Lyon in 2012, I work at the current Laboratory since 2013. My works are based on studies of production of high value-added molecules with a biocatalytic process using metabolic pathway of plants. I’m also the referent of AGRIEX (PO FEDER 2014-2020) project.