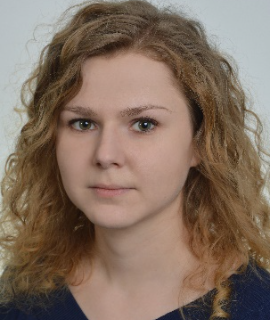 Title : The influence of single color lighting during barley androgenesis on regeneration efficiency

Constantly increasing competition on the cereal seed markets puts an requirement of the rapid production of new varieties in front of breeders. Breeding based on doubled haploids (DH) is gaining a growing importance. Androgenesis is one of the most important method that have been extensively used in plant breeding programs to produce double haploids. The method is effective, however, the problem of albinism among regenerates still exists. Modifications of both: nutrient media and conditions in which anthers are induced are of key importance for effective regeneration. The aim of the research was to check the influence of six individual bands of light: royal blue, blue, green, amber, red and deep red on the androgenesis process of barley (Hordeum vulgare L.) and formation of total number of regenerates and the green/albino ratio. The research was carried out on spring barley using standard nutrient solutions and mannitol as a stress factor. LED (light emitting diodes) illuminators were used, due to possibility of arbitrarily designing of light spectrum and no heat release below the lamp which in other systems always threatens to overheat the petri dishes. In order to avoid the impact of the donor plant and thus the influence of the quality and developmental stage of anthers obtained from various plants and spikes, the anthers from each ear were divided into tested and control groups within collection along the ear. Androgenesis in one part of anthers was induced under the LED illuminators whereas in the other, control one, was induced in the dark. The obtained results allowed to indicate illuminators that have a positive effect on the amount of the regenerates obtained using androgenesis and illuminators that increased the ratio of green to albinotic regenerates in comparison to the control. Among the six examined illuminators, two negatively influenced the androgenesis process.

Patrycja Siedlarz, MSc in Molecular Biotechnology, University of Rzeszow, Poland. 2015- to the present employment in Plant Breeding and Acclimatization Institute - National Breeding Institute, IHAR-PIB and working on the project “Development and implementation of methods for shortening of cereal breeding cycles by lighting conditions optimization” financially supported by the National Centre for Research and Development, Poland as PBS3/B8/19/2015 grant. Up to date 1 publications and 3 poster based on the project results. 2013-2015 - Member of the research group at the Department of Biotechnology, Institute of Applied Biotechnology and Basic Sciences, University of Rzeszow. Participation in research on yeast in vitro cultures. Project finished with 1 publication, 3 posters and one patent registration in the Polish Patent Office, no. 410904, title: “Method for producing biotechnological products”.