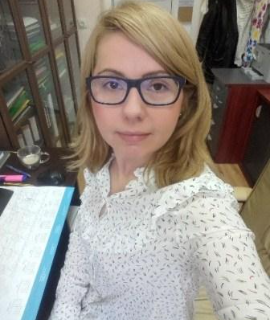 How seeds perceive reactive oxygen species (ROS) signals and transmit them further at the protein level is not well understood. ROS are a major source of sulfur group oxidation in cysteine and methionine (Met) residues. The first oxidation step of Met to methionine sulfoxide (MetSO) is reversible. The R- and S-stereoisomers are reduced by the specific methionine sulfoxide reductases (Msrs) MsrA and MsrB, respectively. Norway maple (Acer platanoides L.) is important tree species found in the temperate zone. Norway maple seeds become tolerant to desiccation at 18 weeks after flowering. Subsequently, these seeds can be slowly desiccated at ambient temperature until they reach a moisture content of 7–10% without a loss of viability. Norway maple seeds are clearly desiccation tolerant and belong to the orthodox category. Norway maple seeds were analyzed during their development between 12 and 22 week after flowering and during subsequent dehydration of mature seeds. The level of ROS was monitored and redox potential was established to determine the phases of more oxidative environment in seed tissue. Using antibodies specific to AtMsrB1 and AtMsrB2 the two proteins were analyzed using Western blot and their tissue and cellular localization was demonstrated using confocal microscopy. The abundance of MsrB1 and MsrB2 synthesis is different in embryonic axes and cotyledons. Other B-type isoforms of Msrs are also present in the A. platanoides genome. They include genes homological to Arabidopsis thaliana MsrB1, MsrB2, MsrB4, MsrB7, and MsrB9 genes. Both MsrB1 and MsrB2 are zinc binding enzymes involved in protein repair and response to oxidative stress. MsrB1 is selenoprotein reduced by the glutahione/glutaredoxin system whereas MsrB2 rely on the reduction system involving thioredoxins. MsrB1 is 13 kDa protein whereas MsrB2 is 17 kDa and undergo alternative splicing. Since majority of epidermal cells, parenchymal cells and developing vascular bundles contained both MsrB proteins we compared the MsrB1 and MsrB2 expression and distribution and discuss their possible roles in regulation of important developmental stages in Norway maple seeds including seed maturation and drying. The research was financed by National Centre of Sciences, project nr 2015/18/E/NZ9/00729.

Ewa Kalemba graduated from the Faculty of Biology at Adam Mickiewicz University in Poznań (Poland) with the M.Sc. degree in molecular biology and B.Sc. in bioinformatics and obtained the Ph.D. degree at Institute of Dendrology of Polish Academy of Sciences in Kórnik (Poland). Research: focus on regulation of seed physiology at important developmental stages including maturation, dehydration and desiccation, dormancy release and germination. Experience: research associate, the recipient of “Research in Paris” scholarship (post-doc at Sorbonne University), the author of 19 indexed articles, the principal investigator of 3 research projects.