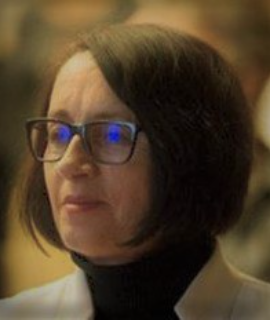 Fusarium head blight (FHB) is a disease of cereals caused by fungi of the Fusarium genus. These fungi produce toxic metabolites - mycotoxins. Head infection by Fusarium leads to kernel infection and accumulation of mycotoxins in grain. We determined resistance to Fusarium head blight of 71 winter triticale lines/cultivars (including 52 lines showing increased resistance in the previous year, 3 check cultivars and 14 newly obtained lines). Triticale was sown in field experiments in two locations in Poland. At flowering, triticale heads were inoculated with three F. culmorum isolates. FHB index was scored and after the harvest, percentage of Fusarium damaged kernels was assessed. The average FHB indexes were similar in both locations: 17.9% (10.5-30.0%) in Cerekwica-Pozna? and 6.9% (6.0-32.0%) in Radzików. After the harvest and grain threshing, percentage of kernels damaged by Fusarium (FDK) was determined. The percentage of kernels with symptoms of FHB (FDK m) ranged from 13.7 to 53.6% (an average 33.3%), and the number of infected grain (FDK L) ranged from 16.2% to 55.6% (an average 36.6%). The lowest mass of infected grain (FDK m) was determined in the MAH 33544-3 line, and the lowest number of infected grain (FDK L) in the BOHD 1025-2 line. These lines showed low grain infection also in the previous year. The DS.9 line showed low weight and number of infected grains and low head infection rate (IFK 5.7%) in 2017 as well as in previous years of research. For all tested lines, a decrease in yield components was observed: grain weight per head and weight of a thousand kernels, in comparison to lines without inoculation (control). The reduction of grain weight per head ranged from 11.8% in MAH 34964-2 line to 53.8% in DANKO 13/16 line (an average 33.4%). The reduction of the number of grains per head ranged from 7.0% in MAH 34964-2 line to 45.5% in DANKO6 line (an average 24.4%). Out of the yield components, the reduction in thousand kernels weight was the lowest and was on average 15.5%. The lowest reduction in all examined components was estimated for the MAH 34964-2 line. There was a high correlation between the mass and the number of infected grains r = 0.988. The index of FHB correlated significantly with the damage of the kernels and the reduction of the grain mass from head, however the coefficients were low. In addition, the reduction of thousand kernels weight correlated with mass (FDK m) r = 0.588 and with the number of damaged kernels (FDK L) r = 0.760. Acknowledgements: This work was supported by Ministry of Agriculture and Rural Development - grant number HOR. hn.802.14.2017