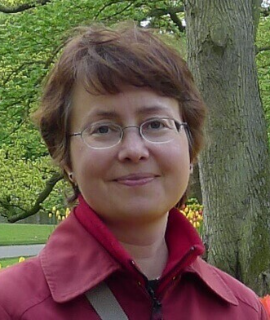 About 6% of land area affected by soil salinization that produce serious problems for world agriculture. Improving of salt tolerance in crops is a global challenge for the nearest future. Salt tolerance is a genetically and physiologically complex trait that causes the difficulties in breeding and genetic manipulations in salt-tolerant crops. For engineering the salt tolerance traits in crop, it is crucial to clarify the genetic and specific physiological backgrounds in different plant lineages. Among grasses, about 200 halophyte species were identified with over 70 different independent origins of salt tolerance (Bromham, 2015). About 30 grass species developed effective salt excretion system with one of them, Oryza (=Porteresia) coarctata, being close relative to cultivated rice. The focus of our study was the comparison of salt tolerance mechanisms in grasses with salt excretion evolved in different grass lineages. Oryza coarctata is a wild rice species which has high tolerance to salt with traits which are of interest for improving tolerance of rice growing under saline conditions. Spartina anglica is a serious invasive species in natural saltmarsh ecosystems, and Urochondra setulosa, native to northeastern Africa and southwestern Asia, grows in coastal sand dunes, salt marshes and estuaries. The leaf anatomy and ultrastructure of salt glands, pattern of salt excretion, features of gas exchange, accumulation of key photosynthetic enzymes, maintenance of water content, Na+ and K+ accumulation, and osmolality along with levels of some osmolytes and betaine aldehyde dehydrogenase expression, were compared in the three species grown without salt, with 200 mM NaCl, and with 200 mMKCl. Measurements of gas exchange showed photosynthesis was not affected by salt treatments. Stomatal conductance decreased under the salt treatments reducing water loss by transpiration with increase of water use efficiency (WUE). Despite differences in the type of photosynthesis (S. anglica and U. setulosa are C4 while O. coarctata is a C3 plant), the three species have a similar leaf anatomy; the adaxial side has distinctive ridges while the abaxial side is flat in S. anglica and O. coarctata and undulated in U. setulosa. All species have salt glands with distinctive difference in their distribution, excretion rates, anatomy and ultrastructure. S. anglica and U. setulosa have bicellular glands with basal and cap cells, however, O. coarctata has unicellular glands. In contrast to a previous report, our results show that the multiple unicellular trichomes in O. coarctata are not responsible for salt secretion. All three species accumulate compatible solutes with increasing osmolality but they differ in osmolyte composition and amount. In summary, O. coarctata, S. anglica and U. setulosa show high tolerance to salt based on function of photosynthesis, maintenance of leaf water content, synthesis of compatible solutes, and capacity for salt excretion from leaves; but, they have distinct differences in the salt excretion system and accumulation of osmolytes. In three species from different grass lineages, salt tolerance was evolved using similar principle reactions (increase of WUE, accumulation of osmolytes and establishment of salt excreting system) with variable mechanisms of their realization.

Nuria Koteyeva is a senior researcher in laboratory of Anatomy and Morphology, Komarov Botanical Institute, Russian Academy of Sciences. N. Koteyeva was graduated from St. Petersburg State University, Russia, where she was awarded a Master of Science degree in Plant Biology. Her PhD was in plant sciences and carried out at Komarov Botanical Institute; she received PhD degree in 1999 for the investigation of the structural basis of plant cell cold-tolerance. Koteyeva’srecent research interests are in two main areas: 1. Theevolution, development and maintenance of Kranz anatomy in C4 plants and 2. The stress tolerance mechanisms.