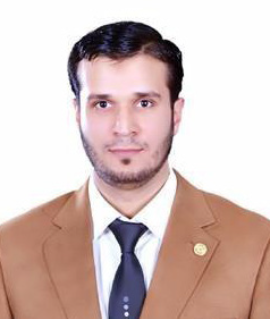 Peppermint (Mentha piperita L.) a perennial plant, is among the largest exported medicinal and aromatic crops which have the potential to boost the Egyptian exports of high-quality, added-value crops. It is mainly grown by many smallholder farmers, particularly in the middle-Egypt region under open-field conditions. In recent years, the market for organic fresh-cut herbs including mint is increasing substantially. In reality, however, several constraints are limiting the production of sufficient quantities and high quality of Fresh Market Peppermint. The narrow fertile soil of Nile valley only 4 % of Egypt’s total area, the extreme cold during winter months drastically reduces mint growth and yield, as well as the extensive application of chemical fertilizers, are the most critical barriers to the production of fresh organic herb. Numerous studies have investigated the effects of fertilizer level and source on the growth and yield of Peppermint. However, Egypt has no research-based information about off- season organic production of fresh-cut Peppermint herb under low tunnel greenhouse conditions in a newly-reclaimed desert land. In 2014 and 2015, a field experiment was conducted over two successive seasons using a completely randomized block design with three replicates in promising desert areas for future agricultural development planning located in the western desert of Samalout city, El Minya Egypt. The objective of this study is to evaluate the effects of two cultivation methods [e.g., low- tunnel greenhouse (LTGH) vs. open-field conditions (OF)] and to determine the appropriate organic sources of nitrogen fertilizer to sustain soil fertility, maintain crop productivity and profitability. The effects of three different organic sources of nitrogen fertilizer [e.g., composted chicken manure (CHIM), Farmyard manure(FYM), Plant compost (PC)] were investigated as an alternative source for chemical nitrogen fertilizer (CNF) The results of the experiment demonstrated that peppermint plant adapted best to the low tunnel greenhouses. Significant (P 0.05) increase of plant height by 169 and 122%, yield of fresh weight by 212 and 115%, dry weight by 229 and 118 %, as well as the essential oil yield significantly augmented by 235 and 119%, were observed in the first and second harvest respectively, comparing to those were cultivated in OF conditions. About the effects of different sources of nitrogen fertilizer, the treated plants with CNF has resulted in the highest records followed by CHIM, PC, and FYM treatments respectively, in both cultivation environments. Within these treatments, CNF treatment has significantly (P 0.05) increased plant Height, fresh weight, dry weight, essential oil yield, and nitrogen content of peppermint plants in comparison to FYM and PC. However, no significant differences detected between CNF vs. CHIM treatments. The results imply that high-quality, added- value peppermint products could be produced in sufficient quantities using the LTGH method and CHIM organic fertilizer in the newly-reclaimed desert land middle Egypt and similar agro-climatic zones. Accordingly, this study proposes a novel technique that can readily be implemented in present Peppermint production systems to fulfill markets demands of such products.

Mr. Sherif Salem is an Egyptian agronomist working for Agricultural Research Centre since 2003. He received his bachelor and master from Minya Univ., during his master education Mr. Salem explored the influences of composts, P-dissolving bacteria and N-fixing bacteria on yields and chemical compositions of organically produced cumin plant. During his research in 2011 at Technical Univ. of Denmark, he investigated the short-term effects of biochar and ash on soil nutrient dynamics, greenhouse gas emissions and plant growth. Currently, Mr. Salem is investigating nutrient budgets/balances and flows of the organic farming in Egypt as well as he is exploring a novel techniques for sustainable nutrient management and off-season crop production in a newly reclaimed soil, a Ph.D. project at Copenhagen Univ., Denmark.