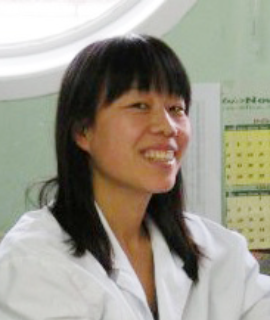 A mutant of the potyvirusTobacco vein mottling virus (TVMV) with a 58-nt long “AU” rich element expected to fold as a stem-loop structure introduced at its 3´UTR (TVMV XBS8), has been reported to infect efficiently Nicotianatabacum causing only very mild symptoms (1). To assess the possibility that this RNA fragment may induce the symptom attenuation also in another potyvirus, a Plum pox virus chimeric virus(PPV-TVMV), including a 333-nt long fragment from TVMVpXBS8, was inserted between the NIb and CP coding sequences of PPV. The chimera was able to cause a systemic infection in Nicotianabenthamiana. Nevertheless, the systemically infected N. benthamiana leaves showed a severe necrosis response with the overexpression of PR2 protein and low viral CP accumulation level. To examine the virus progeny from systemically infected leaves, a high-throughput transcriptomic analysis by RNA-seq was performed. We found that the original infiltrated virus was still present, but the majority of the progeny was a virus variant in which the inserted sequence was deleted and created a C terminal mutant of NIb (NIbmut). Intriguingly, NIbmut was also selected in the systemically infected leaves of N. clevelandiiplants inoculated with PPV-TVMV and it was also associated with low viral CP accumulation, but not with the PR2-related necrosis response. Therefore, we propose that a highly structured noncoding RNA forced PPV-TVMV to escape from a non-identified deleterious effect during the process of virus-host interaction that caused: i) a reduced infection efficiency, explaining low virus accumulation in infected plants, and ii) exacerbation of necrotic responses of the N. benthamianaimmune system. We propose a speculative scenario based on classical arm race models in which plants have developed immune responses against the RNA sequence/structures of the chimera virus. This work was supported by grants BIO2010-18541 and BIO2013-49053-R (Spanish Ministerio de Economía and Competitividad) and KBBE-204429 (EU).

Mingmin Zhao, PhD, Plant virologist. I am working as a professorin Inner Mongolia Agricultural University, China. I have been worked with plant viruses for many years since 2002. Especially in the research topic about RNA silencing and antiviral defense in plant. Currently, I am mainly interested in the epigenetical regulation of plant RNA viruses and the function of noncoding RNAs in plant viral infection.