Microbial source of water for the desert plants 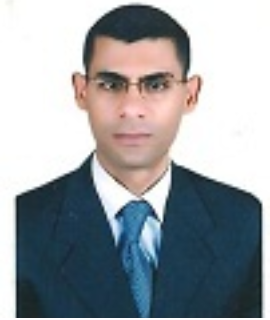 Title : Microbial source of water for the desert plants

Water scarcity is one of the greatest challenges and a matter for several recent researches. The water sources for the desert plants are still aim for many researches. Knowing of these sources will enable saving the water resources as well as using of un-confidential water sources in irrigation. Through this present investigation, the wild plant Bromus inermis grown in the EL-Esmayelia desert rod, Egypt, was noticed to keep 5% of moisture in its rhizosphere zone at 20 cm depth below the soil surface; therefore, this study aimed at identification of this source of water. The endophytic bacteria were isolated from the root of B. inermis and identified by the 16s-rRNA gene sequencing method. Furthermore, their specific respiration rate was determined by the TTC method. Thirteen bacterial isolates were isolated. Five of them showed the highest specific respiration rate after one and three hours (Alcaligenes faecalis, Acinetobacter johnsonii, Enterobacter tabaci, Bacillus pumilus and Enterobacter mori). Alcaligenes faecalis is a facultative chemoautotrophic hydrogen-fixer, where the hydrogen is fixed by this bacterium by hydrogenase enzymes as an energy source and the water is produced as an end product of hydrogen oxidation. So, the source of water’s protons is from hydrogen gas. Since the Enterobacter sp. is hydrogen-producing bacterium, the hydrogen gas source for Alcaligenes faecalis metabolism is not only from air, but also the hydrogen production by Enterobacter spp., which were also among the isolated bacteria. Therefore, the relationship appeared to be triplicate. The Alcaligenes faecalis starts the process by hydrogen fixation and water production that enable the plant seeds germination, which in turn produces organic compounds in the root exudates that stimulate the Enterobacter spp. growth, which produce hydrogen gas to continue the cycle. This study was extended for four years, where 17 plant samples were collected from three different desert locations at Egypt and identified. The hydrogenases were detected in all of the isolated bacteria as well as in the rhizosphere of the plants samples by detecting the Hox C gene that encode the large subunit of the regulatory hydrogenase (RH) of Alcaligenes sp. and hyp A and Hyp B genes that encode accessory proteins required for hydrogenase maturation and found in hydrogen-fixing (Alcaligenes spp.) and hydrogen-producing (Enterobacter spp.) bacteria. The Hox gene was successfully detected in the Alcaligenes sp, while the Hyp A was detected in Alcaligenes sp., Enterobacter sp. and Pantoea agglomerans and Hyp B was detected in Enterobacter cloacae. The detection of these genes in the plant sample showed that Hox C gene in the wheat grains and rhizosphere of Salicornia fruticosa and Zhyophylum decumbens. Hyp A was detected in wheat grains, while Hyp B in rhizosphere of the wild wheat plant. Presence of these genes in the rhizosphere and grains of wild plants strongly suggest that the hydrogen-fixing and hydrogen-producing bacteria are transferred from the root through the plant and stored in the grain/seeds to enable the seeds germination in any environment, in which, it will be fall-down.

Bs.C. of Biochemistry (1995), Ms.C. of Biochemistry (2003), Ph.D. of Biochemistry (2007), Faculty of Agriculture, Ain Shams University, Egypt. A professor of biochemistry, college of biotechnology, Misr University for Science and Technology (MUST), Egypt. Shared in two international research projects: One for genetic modification of wheat plants to increase the drought resistance activity and another project for enzymatic biodegradation of azo dyes. Have a sum of 23 published research papers in the fields of drug discovery, plant biology and bioremediation and one published international book entitled: Discovery of new biochemical compounds, LAP, Germany and one patent for wide spectrum antifungal and antibacterial pharmaceutical formula