Mechanisms of isolation of excess salt in leaf tissue of halophytes 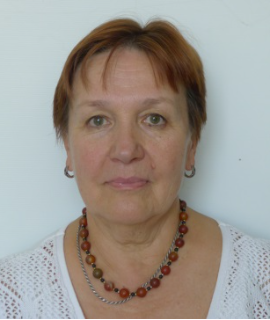 Title : Mechanisms of isolation of excess salt in leaf tissue of halophytes

Halophytes have in common means of preventing excess accumulation of salts in the cytoplasm of leaves by storage in vacuoles and by excretion. Two different means of salt excretion are recognized between salt excreting halophytes: one by salt accumulating in trichomes over a limited period of time, the other by specialized salt excreting glands which function during the entire leaf life. Salt ion isolation is a characteristic of succulent halophytes which developed increased volume of water storage tissue as an adaptation to salt stress. Analysis of gas exchange parameters of succulent Salsola species (family Chenopodiaceae) with C3, C4 and C3-C4 intermediate photosynthesis showed high salt tolerance of all three photosynthetic types. Application of fluorescent marker on the intracellular localization Na+ by CoroNa Green, as well as elemental analysis of its level by scanning electron microscopy (SEM EDAX) showed a significant increase in salt accumulation in vacuoles of water storage tissue, together with increased osmolality of leaf tissue, demonstrating the importance of leaf succulence. In this family salt accumulating trichomes were characterized (e.g. in Atriplex, Chenopodium, Bienertia). They are comprised of a single celled head which accumulates salt, and one-to-two cellular stalk. Usually such trichomes are numerous and very active in young leaves and then they exfoliate during leaf maturation with excretion of salt crystals on the leaf surface. Application of CoroNa Green showed significant accumulation of Na+ in the vacuoles of the head cells beginning from the earliest stages of leaf development which decreased as the head matured. Minimizing salt accumulation in leaves by excreting excess salt via salt glands is characteristic of monocot as well as dicot halophytes. These glands are usually multicellular in dicots and bicellular in grasses. The comparative study of plants from different phylogenetic lineages is one means of understanding the convergent evolution of secretory systems in different lineages of dicot and monocot plants. Mechanisms of salt tolerance were analyzed for three halophytic grass species, Oryza coarctata, Spartina anglica and Urochondra setulosa which belong to different lineages. In S. anglica and U. setulosa, the glands have a classical bicellular structure. However, O. coarctata is unique in having unicellular glands. There were also significant differences in the ultrastructural features of salt glands which suggests diversity in evolution of the steps involved in salt excretion. Further studies are needed between species on the steps involved in import of salts into salt glands, their facilitated movement across membranes and energy dependent excretion. In summary, studies among halophytic species from different phylogenetic lineages indicate some fundamental mechanisms which confer salt tolerance and support of plant life functions at the leaf level, including increased levels of compatible solutes, salt isolation (e.g. in vacuoles), storage in trichomes, and excretion from salt glands. The ways these are expressed between species vary significantly, but there are similarities in some structural and physiological solutions between different systematic groups.

Elena Voznesenskaya is a senior researcher in laboratory of Anatomy and Morphology, Komarov Botanical Institute, Russian Academy of Sciences. Voznesenskaya was graduated from St. Petersburg State University, Russia, where she was awarded a Master of Science degree in Plant Biology. Her PhD in plant sciences was carried out at Komarov Botanical Institute where she was awarded in 1977 for the investigation of the structure of assimilating organs in representatives of family Chenopodiaceae in relation to the peculiarities of photosynthetic metabolism. Voznesenskaya’s recent research interests are in two main areas: 1. The evolution, development and functioning of Kranz anatomy in C4 plants and 2. The stress tolerance mechanisms.