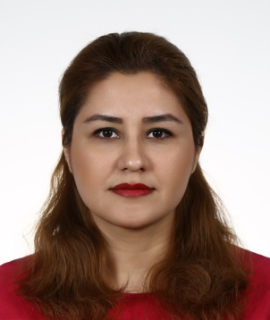 Two spotted spider mite, Tetranychusurticaekoch. is one of the most important pests of common bean in most of areas of Iran, including Lorestanprovince.The population Fluctuation, spatial distribution and Fixed precision sequential sampling plans of Two spotted spider mite were investigated in common bean Fields in Borujerd, Dorud, and Azna in 2008. T. urticae attacked common bean fields in the third decade of June. This pest had two certain peaks of population density on August 15 and 21. 2008 in Borujerd, on August 8 and 21.2008 in Dorud and on August 15 and 29.2008 in Azna. In this study two patterns of movement in the field (X shape and zigzag) was used. Statistical analysis showed that there was no significant difference between these two patterns, in related to CV, RV and RNP parameters. Results showed that, sampling should be done from top, middle and bottom of plant height. In addition, comparison of three sample units, 1.5 leaves per plants (a half leaf from each plant height), 3 leaves per plants (a leaf from each plant height) and 6 leaves per plants (two leaves from each plant height) showed that there is no significant difference between CV and RV of each female, nymph and egg populations with related to CV, RV and RNP parameters. But sample unit 1.5 leaves with the highest amount of RNP, showed significant difference comparison to two that of 3 and 6 leaves.Based on this research, sample unit with 1.5 leaves (three half leaves of left and right consecutively from three plant height) is recommended in sampling of T.urticae populations in common bean fields.

I am holding a Master’s degree in Entomology from ShahidChamran University of Ahvaz- Iran, which is one of the best universities in Iran. I have also a good research background and publications in insect ecology and Integrated Pest Management. Besides, I have further empirical activities in mass production of beneficial insects, biological control programs, insecticide application, behavioral ecology, and entomology.