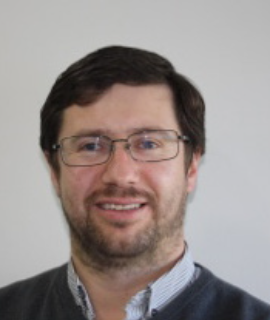 The nanoparticles (NPs) have a particular effect on a certain plant, but this effect may differ in other species. Titanium dioxide (TiO2 ) have generally positive effects on distinct parameter physiologic and productive in plants, but little has been evaluated its impact on photosynthesis and antioxidant system, and less yet in Raphanus sativus. This work aimed was to assess the effects of titanium dioxide particles on photosynthetic performance and antioxidant system in Raphanus sativus. The species was grown in a substrate (peat + perlite, ratio 2:1) in plastic boxes 1 L capacity. The substrate was moisturized at the begin of the assay with 250 mL box-1 of Hoagland solution. R. sativus was grew in a chamber under 100 µmol m-2 s-1, 23±2 ºC, 25 % RH, and 16/8 h photoperiod, for 30 days. The nanoparticles (NPs) and microparticles (µPs) of titanium dioxide (TiO2 ) anatase were suspended in ultrapure water and applied by foliar way in 10 – 100 – 500 – 1000 – 1500 mg L-1 doses. As an absolute control was used ultrapure water and CuO as a positive control in 500 mg L-1 dose. Ti concentration on leaves was evaluated by ICP-MS, at the end of assay. The net photosynthesis and photochemical parameters were measured after 12 – 36 – 60 and 84 h of TiO2 exposition, using a portable CO2 infrared gas analyzer (Licor LR6400, LI-COR, Lincoln, NE, USA), and a portable pulse-amplitude modulated fluorimeter (FMS 2, Hansatech Instruments, King’s Lynn, UK), respectively. The antioxidant system was evaluated at the end of the assay (84 h). The main results are associated with the entry of TiO2 to the mesophyll, where Ti concentration was observed in concomitant relation with doses, especially in µPs where concentrations were higher than NPs. Doses of µPs 100, 1000 and 1500 mgL-1 were significantly (p<0.05) higher with respect to control in about 29-fold. A transient increase of net photosynthesis was observed, around 1.5-fold higher than control, especially at 60 h after treatments were applied. No differences were observed between doses for both, NPs and μPs. The same was observed in photochemical parameters, except for electron transport chain (ETC) and non-photochemical quenching (NPQ) with an inverse relation between them. There was no marked trend for the variables of the antioxidant system, except in total phenols concentration, that was higher for both NPs and µPs in the higher dose (p<0.05), over 1.3-fold than the positive control and 2.6-fold than the absolute control. Finally, it is suggested that µPs and NPs, of TiO2 had a positive effect at the physiological level in Raphanus sativus, manifested mainly by the increased of the net photosynthesis and response of the antioxidant system.

Ricardo Tighe-Neira is a Chilean of forty years old, Agronomist, Master of Science and academic of Department of Agricultural Sciences and Aquaculture of Natural Resources Faculty of the Universidad Católica de Temuco. Currently, is studying a Ph.D. in Ciencias Agropecuarias at Universidad Católica de Temuco, Chile. The present work is part of its doctoral researches, related to doctoral thesis that is titled “Evaluation of the effects of TiO2 nanoparticles on the efficiency of photosynthesis at the metabolic and molecular level in Solanum lycopersicum”