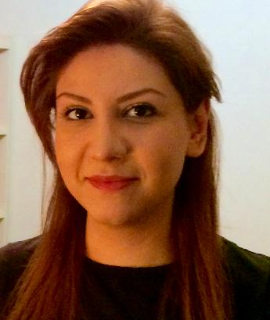 S ilicon (Si) is the most abundant mineral element in the Earth’s crust. During the last decade, several studies have addressed the mechanism(s), by which Si promotes plant growth and development. Thereby, it turned out that silicon mainly protects plants from biotic and abiotic stresses. In particular, Si has been shown to enhance plant tolerance to drought stress. In addition, Si has been shown to mitigate nutrient deficiencies in several crop species. For instance, in sorghum plants, Si alleviated K deficiency symptoms by enhancing hydraulic conductivity and improving the plant water status under K-deficient growth conditions (Chen et al., 2016a). Moreover, in soybean plants exposed to K deficiency, Si application could reduce K-deficiency symptoms by increasing the level of free polyamines and by decreasing H2O2 production (Chen et al., 2016b). However, studies considering the relevance of Si nutrition on metabolites and phytohormones or molecular mechanism(s), by which Si nutrition enhances K deficiency responses, have remained unclear. To address these questions, we performed hydroponic experiments with barley subjected to K deficiency in the presence or absence of silicon. Our results showed higher uptake and translocation of K under K deprivation when Si was supplied into the medium. Moreover, Si resulted in higher chlorophyll and photosynthesis activity in K-deficient plants, which was associated with higher biomass under K deficiency. Current analyses on the role of phytohormones involved in Si-dependent processes will be presented and discussed. The present study provides a few major benefits of silicon in agriculture: 1) silicon plays vital role to mitigate individual nutrition deficiencies 2) silicon enhances mineral uptake efficiencies and 3) Si-treated plants are able to cope better under potassium deprivation.

I received my bachelor’s degree in Agriculture and Plant Breeding, in Azad University of Karaj and my master’s degree in Agricultural Biotechnology, at the University of Tehran, Iran. To further develop my scientific career, I completed two biotechnology internship programs at the Department of Genomics and Department of Microbial Biotechnology and Biosafety at the Agricultural Biotechnology Research Institute of Iran (ABRII). Currently, I am a PhD student at the Department of Physiology and Cell Biology at the IPK, Germany, and the main focus of my project is on the physiological and molecular mechanisms underlying the beneficial effect of silicon on barley plants under drought stress or potassium (K) deficiency