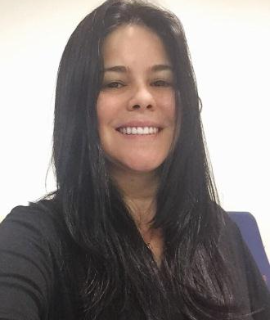 One of the sectors that have the highest growth rate in the national and international market is floriculture. Ornamental plants are distinguished by their beauty. They enchant both through their exotic forms and by the variation of colors, among which stands out are the Heliconia chartacea var. Sexy Pink. The consumer demand for news has forced producers to launch quicker, new varieties to remain competitive in this product segment. In this sense, biotechnological research was carried out to induce polyploidy in vitro by somatic doubling using colchicine in three concentrations (0.01%, 0.05% and 0.1%) in order to obtain a higher rate of genetic variability causing larger and better plants, and as a bridge for gene transfer between different levels of ploidy. In this context, the objective of this work was to evaluate the plants established in the field, from in vitro polyploidy induction assays to determine the morphological, physiological, molecular and productive characteristics of 42 clones of H. chartacea var. Sexy Pink. The characterizations were performed by utilizing 49 morphological and agronomic descriptors to determine the number of polymorphic loci through AFLP analysis. Furthermore, characterization of leaf blade structures and stomatal density evaluations by means of microscopy, along with identification of ploidy levels using flow cytometry were also determined. As the genotypes 13, 20, 36, 37 and 40 did not present inflorescences during the two years of evaluation and did not present any other characteristic of commercial interest, they were considered unfit for selection for future selection and breeding work. The genotype 35 showed the highest morphological variations with changes in the position, color of the inflorescence, along with exhibiting the edges of the whole leaf blade. Clone 18 showed plant height and inflorescence size reduced. Clone 26 presented total defoliation during flowering, which makes this genotype more interesting for landscaping. Combinations of the primers used for AFLP analysis revealed a total of 519 bands, ranging from 100 to 800 base pairs. The total number of loci per primer varied from 157 to 188, while the amount of genetic variation obtained by the analysis of molecular variance showed that 99.67% of the genetic variability is within the treatments with colchicine analyzed, and only 0.33 % Among treatments of H. chartacea clones. The stomata of all clones showed tetracytic morphology and guard cells without significant alterations. The highest stomatal density were observed in clones 1 and 14 for the adaxial part of the leaves. Whereas for the abaxial part, clones 10, 12 and 14 were the ones with the highest values. The lowest values were verified in clones 7 and 35 for the adaxial part and 7 and 13 for the abaxial part of the leaves. The work allowed the identification of 4 tetraploid and 11 mixoploid genotypes using the flow cytometry technique. Helping in the identification of potential genotypes for genetic improvement program and future in obtaining new varieties.

Agronomist by the Universidade Federal de Viçosa from Viçosa, Brazil (1998). PhD in Genetics and Plant Breeding by Universidade de São Paulo, Piracicaba, Brazil (2003) and post-doctorate in forestry genomics at the University of Florida, Gainesville, USA (2016). Associate Professor at Universidade Federal do Amazonas since 2002. Her area of expertise is focused on conservation, breeding and genomics with emphasis on amazon species. It is a consultant for scientific funding agencies in Brazil.