Identification and characterization of nitrate regulatory genes in plants 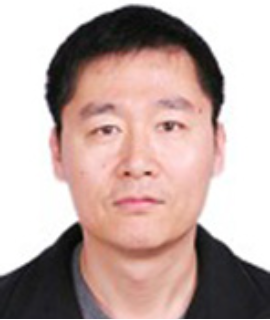 Title : Identification and characterization of nitrate regulatory genes in plants

Nitrate is not only an important nutrient but also a signaling molecule for plant normal growth and development. However, the nitrate regulatory genes and underlying mechanismsare limited and remain tobe identified and characterized.Here, we isolated the Cleavage and Polyadenylation Specificity Factor 30 gene (CPSF30-L) as nitrate regulatory gene by using forward genetics. In cpsf30 mutant, the induction of nitrate-responsive genes was inhibited independent of the ammonium conditions. The nitrate content was lower in cpsf30 mutant than in wild type, which may be caused by the reduced expressionof the nitrate transporter/sensor gene NRT1.1 and increased expression of several nitrate assimilatorygenes.Molecular and genetic evidence suggests that CPSF30-Lworks upstream of NRT1.1and independentlyof NLP7 in nitrate signaling. Further investigationrevealed that CPSF30-Laffected the pattern of polyadenylation sites of 3’-UTRof NRT1.1. Transcriptome analysisdisplayed that four nitrogen-related clusters were enriched in the differentially expressed genes of the cpsf30 mutant.These findings indicate that CPSF30-Lplays a key role in nitrate regulation in part through modulating NRT1.1expression, thus adding an important component to thenitrate signaling network.Although nitrate regulatory genes have been identified, our understanding of thenitrate regulatory genenetwork is still incomplete. It has been reported that the genesNIN-like protein 7 (NLP7) and NRT1.1 are two key nitrate regulators and ChIP-chip assay showed that NLP7 might bind to NRT1.1.However, their relationship and underlying mechanismremain unclear.Our results showed that NLP7 modulatedthe expression of NRT1.1 in the presence of ammonium.ChIP-qPCR and EMSA assays indicate that NLP7can bind to specific regionsof the NRT1.1 promoter. Molecular and genetic analyses suggest that NLP7 works upstream of NRT1.1in nitrate regulation when ammonium is present and NLP7 may function in another pathway independent of NRT1.1to regulatenitrate signaling. In addition, transcriptome analysis showedthat four nitrogen-related clusters were regulated by both NRT1.1 and NLP7.Thus, NLP7 acts as an important factor in nitrate signaling via regulating NRT1.1under ammonium conditions.The above findings about the characterization of CPSF30-Land the study for the relationship between NLP7 and NRT1.1provide more insights into the mechanism of nitrate regulation and the network of the nitrate regulatory genes.

Yong Wang obtained his Ph.D degree from University of Lausanne in Switzerland in 2006 and did postdoctoral studies from the University of California, San Diego in USA during 2006.1-2010.11. Since Dec. 2010, he has been working as a professor at ShandongAgricultural University in China.He has published many papers in reputed journals including “the Plant Cell”, “Plant Physiology”, “New Phytologist”etc.