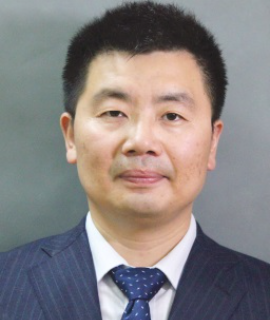 S esame is considered the queen of oilseeds for its high oil content and quality, and is grown widely in tropical and subtropical areas as an important source of oil and protein. The completion of sesame genome assembly provides novel insight into its genomic structure and gene composition, which offered us the chance to study the genes associated with lipid biosynthesis. Sesame genome was predicted to contain 27,148 gene models, and 708 were expected to be lipid-related genes. The number was lower than other plants, in spite of the higher oil content. In comparison to soybean, sesame was found to have more lipid transfer protein type 1 (LTP1), but less copies in the two cytosolic lipoxygenase (LOX) and lipid acyl hydrolase-like (LAH) families, which suggested the expansion of some lipid gene families, and the contraction of lipid degradation-related families may lead to higher oil content in sesame than soybean. Genome-wide association study for the genes related to lipid by resequencing 705 diverse sesame varieties showed a total of 13 significant associated peaks in different environments, and the two SiPPO and SiNST1 were interestingly included in the candidate causative genes, but they were not predicted to have direct involvement in oil biosynthesis. Comparative transcriptome profiling of developing sesame seeds and capsules showed a list of lipid-related genes may responsible for the oil content difference in different sesames, including the genes encoding lipid transfer protein. In addition, some new genes that may contribute to lipid biosynthesis were also figured out for future study

Linhai Wang is a vice professor of Oil Crops Research Institute, Chinese Academy of Agricultural Sciences (OCRI, CAAS), and leads a group study on sesame and special oil crops. He earned his PhD in wheat genetics and breeding from the Graduate School of Chinese Academy of Agricultural Sciences (GSCAAS) in 2009. Then, he was recruited to study sesame molecular genetics by OCRI, CAAS. He is mainly focusing to study sesame plant type and quality traits such as oil content based on genetics and genomics at present. In 2014, he published the first sesame genome sequence in Genome Biology, and updated it to a better level in 2016.