Genome identification and transferability of microsatellite markers between Atriplex species 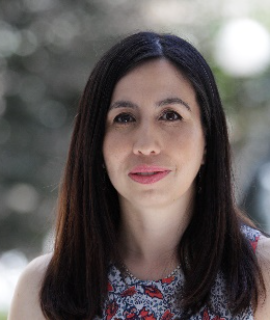 S pecies of the genus Atriplex (Chenopodiaceae) are halophytes and able to photosynthesize under low soil water availability and high temperatures. Several Atriplex species are known for their high biomass generation, which made them candidates for solid biofuels production. Besides, Atriplex sp. also can be used as animal forages, especially in drought periods. Most of the 21 native Chilean species from Atriplex genus are endemic. They grow in arid areas of Chile’s north, except a species that grow until the Estrecho de Magallanes. The aim of this work is to develop microsatellite (SSR) markers from genome sequencing of A. deserticola and A. atacamensis, and study their transferability with other atriplex species. We have generated and characterized genome sequences using Illumina technology, Hiseq2500 paired?end, specifically. A quality control and a pre-processing of the sequences including trimming and filtering were realized. Assembly of the nucleotide sequence reads was performed using the SOAPdenovo software. Finally, the software MISA was used to found microsatellite markers of A. deserticola and A. atacamensis. In this work, we provided microsatellite markers from high throughput next generation sequencing of the A. deserticola and A. atacamensis genomic DNA. These SSR markers were compared and 100 SSR markers conserved between both, A. atacamensis and A. deserticola were evaluated in 11 different Atriplex sp. These markers could be used in germplasm analysis, accessing genetic diversity and linkage mapping of A. deserticola, A. atacamensis and other Atriplex species.

Dr. Adriana Bastías Barrientos is a biochemist and received her doctorate in science major in plant genetic engineering in 2011 from Universidad de Talca, Chile. During her studies, she did research stays at Universidad Jaume I in Spain and Max Planck Institute of Molecular Plant Physiology (Potsdam-Golm, Germany), where he studied molecular plant physiology. Her thesis was focus in the role of transcription factor like AREB in primary metabolic pathways in tomato fruits. Currently, she is professor and researcher at Universidad Autónoma de Chile and is working in genomics and transcriptomics native plant of Chile.