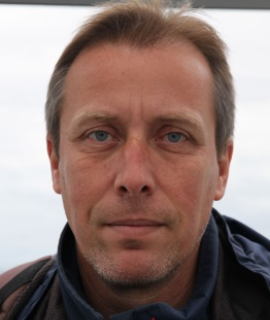 Global human population continuously increases along with an increasing concern of energy security, global warming and associated climate change effects. Biomass based renewable energy has attracted the interest worldwide due to its potential use as a carbon-neutral, clean and eco-friendly source. At the same time, the scarcity of soil resources will inevitably lead farmers to the exploitation of marginal and contaminated lands. Heavy metals, along with mineral oils, are the most frequent contaminant in European soils. Nickel (Ni) has become a serious concern as its concentration has reached especially high values in polluted soils and surface waters. This element, in elevated concentrations can be phytotoxic, and can be transferred to edible plant parts at rates sufficient to cause a threat to human health. Therefore, there is no other alternative besides developing new agricultural scenarios suitable to allow safe and economically valuable agriculture on areas that are currently considered inappropriate and toxic. The new strategies to be developed should combine biomass production and nickel management in order to minimize the risks for crops and human beings, and provide regular revenue to the farmers. Physic nut (Jatropha curcas L.) and giant reed (Arundo donax L.) are two multipurpose energy crops that could be used for Ni phytoremediation purposes, and at the same time for the production of bio-oil (from physic nut) and solid biomass (from giant reed). Results from our previous experimental works show that physic nut, when cultivated in soil with a Ni concentration up to 200 mg kg-1 did not appear any toxicity symptoms, and the concentration of Ni to the aerial biomass was up to 1.3 mg kg-1. Giant reed was extremely tolerant to high Ni soil concentration. In a content of 2540 mg Ni kg-1 soil, all plants were growing very well and the metal concentration in the aerial biomass was up to 16 mg kg-1. In conclusion, by cultivating physic nut and giant reed in Ni contaminated sites will contribute to their remediation and restoration. Furthermore, by exploiting the produced biomass for bioenergy uses represent an opportunity to boost local economies and respond to the expected increase in demand for energy. This solution could be very important in stimulating rural development and in creating new job opportunities at both regional and national levels.

Panayiotis Trigas has a great interest in the origin, evolution and diversity of vascular plants, and in particular, how different factors may influence patterns of diversification. More specifically, he has been working with the vascular plant diversity of the Mediterranean region, focusing on the evolution, diversity and conservation of range restricted species. He is also pursuing research focusing on understanding biogeographic patterns and historical processes that have shaped distributions of vascular plants, especially on islands and mountainous areas. In addition, he is interested in the diversity of aromatic and medicinal plants and crop wild relatives in the Greek flora, focusing on the development and conservation of plant genetic resources.