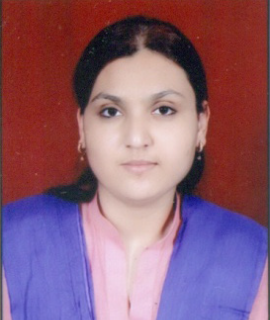 Pandanus odorifer (Forssk.) Kuntze commonly known as Kewda is native to South Asia and is an industrially important plant mostly cultivated in the coastal regions of India. It belongs to a paleotropic genus Pandanus having Gondwanan origin and belongs to the family Pandanaceae. The male flowers are used for the production of various perfumery products like kewda oil (rooh kewda), kewda attar and kewda water through hydro-distillation. It is used for scenting purposes and as food flavouring agent. It supplies about 85-90% of country’s kewda essence with estimated turnover of Rs. 35-45 crores. Till now molecular characterization of kewda is only restricted to few genotypes with random amplified polymorphic DNA (RAPD) primers. In the present study, we examined the genetic diversity among 84 kewda accessions from 12 different kewda growing regions of Odisha, India. Two DNA-based molecular marker techniques, viz., inter simple sequence repeat (ISSR) and simple sequence repeat (SSR) were used to assess the genetic diversity in kewda genotypes. A total of 15 ISSR and 57 SSR primers were examined out of which 43 primers (13 ISSR and 30 SSR) showed amplification and were used for this study. ISSR analysis of 84 accessions yielded 32 polymorphic alleles ranging from 2 to 5 per locus (mean 2.5) with the size of amplicons ranging from 300 to 3000 bp in size. The 30 SSR primers produced 127 polymorphic alleles ranging from 2 to 10 per locus (mean 4.2) with size of amplicons ranging from 110 to 1500 bp. The marker index, based on the effective multiplex ratio and expected heterozygosity, was calculated for both analysis (MI = 1.9 for SSR and MI = 0.61 for ISSR assays). The mean values of Nei’s gene diversity (h), Shannon’s information index (I), Polymorphic information content (h = 0.2488, I = 0.36, PIC = 0.48), generated using the SSR primers were higher than that with ISSR primers (h = 0.19, I = 0.30, PIC=0.34), thereby suggesting that the SSR system is more efficient than the ISSR system in assessing genetic diversity in various kewda accessions. Mean genetic similarities were 0.72, 0.73, and 0.73, as determined using ISSR, SSR, and combined ISSR/SSR, respectively. These results suggest that the genetic similarity among kewda accessions is very high. An unweighted pairgroup method with arithmetic average (UPGMA) cluster analysis was used on the results of ISSR, SSR, and combined ISSR/SSR to separate the kewda accessions. These results have an important implication for characterization of available germplasm of kewda, conservation and future improvement of the taxa and assessment of their genetic diversity. It can be used for future breeding programs to meet the ever-increasing demand of kewda in the perfumery industry.