Ethnobotanical study on the medicinal plants in the central-southern Apennine, (Italy) 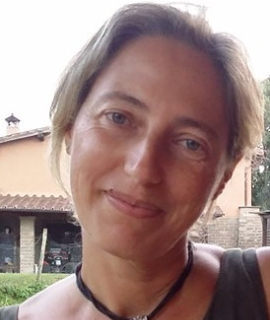 Title : Ethnobotanical study on the medicinal plants in the central-southern Apennine, (Italy)

During the presentation will be discussed the result of an ethnobotanical research planned in the Apennine territory (Italy) between 2011 and 2014. The focus was on wild and cultivated plants used in “folk medicine” in mountain villages in the central-southern Apennine, which are full of ancient traditions and rich in natural and fascinating environments. Field data were collected through semi-structured and open interviews with native People. The plants were identified and vouchers specimens were scanned to create a Virtual Herbarium that will be showed during the presentation.The inventory included 106 taxa belonging to 45 families; among these, 87 were wild species and 20 were cultivated speciesTheuse of several index such as the Ethnobotanicity Index (EI), the Relative Importance Index (RI) and the Fidelity Level Index (FL) will be discussed. It will be showed the plant part used, and the traditional method of preparation.The uses recorded were 429 totally and, among these, 69,1% of the uses concerned internal applications to treat digestive system disorders, infections and respiratory system disorders mainly, while 31,9% concerned external applications,especially to treat skin/subcutaneous cellular tissue disorders and injuries(sensu Cook 1995). In particular, 17 new uses compared with the international literature and 16 unusualand rarely mentionedplants are documented and will be showed. Finally, as example, to well understand the composition ofT. poliumused in folk medicine in the Apennine, the aerial parts were analysed through two extraction procedures. The first extraction was carried out with methanol and the second by a decoction preparation according to the traditional medicine. Both extracts were purified, and the composition of the secondary metabolites was compared and the results of this analysis will be discussed.

I’m a professor of systematic Botany at the university of Molise (Italy) and the curator of the Herbarium IS. PhD in Botanic science at the University “La Sapienza” Rome in 1997.My researches are concentrated on natural vegetation and vascular flora: ecology, chorology, cenology, distribution and genetic aspects of the Apennines and Mediterranean region. The topics researches are in the study of intra- and interspecific variation in some critical genus of the Italian flora (Quercus, Rosa) using an integrated approach: macro and micro-morphology analysis, geometric morphometric analysis and molecular analysis. In the last years, I have focused my study on the medicinal plants, distribution, folk uses and metabolites collected in the Apennines (Italy).