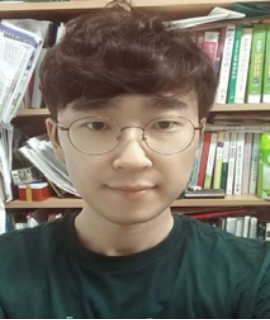 Nitrogen (N) is an essential macro element required for the success of all known life forms. N acts as a key catalyst to support photosynthesis and other important biochemical reactions required for healthy growth in plant. Nitrogen exists as diversity form, such as nitrates, nitrites, ammonia and nitric oxide, in plant, soil and atmosphere. But there is lack of research on nitrogen circulation inside or outside of plants. To understand interactions and mechanisms mediated by nitrogen signaling, we investigated plant germination and growth regulation and expression level of N related genes using Arabidopsis after application of different nitrogen sources. We identified 11 Arabidopsis N related genes that were differentially expressed in response to CySNO through RNA-seq analysis. Of those 11 genes, exprsseion level of NRT1.9, nitrite reductase (NIR1) and nitric oxide associated 1 (NOA1) was significantly reduced in about 2 times compared to control, whereas that of NRT1.6, NRT2.1 was significantly increased. Based upon the results, we did germination test on two types of media, Ca(NO3)2 and (NH4)2SO4, with N-related mutants. The germination rate of the Col-0 was decreased in each medium, while the other two mutants, nitrate reductase 1 (nia1) and nia2, didn’t affect the germination rate. But germination rate of S-nitrosoglutathione reductase1 (gsnor1) and nitrous oxide overexpressor1 (nox1) mutants, which were known to be high in NO content, was decreased. On the contrary, in case of NO associated 1 (noa1) with low NO content, germination rate was increased in N medium. And then, we checked the expression levels of the genes that were significantly reactive to NO in RNA-seq data set. Each gene showed different expression pattern; in Col-0 and noa1 mutants were increased while decreased in gsnor1 and nox1 mutants. In particular, NRT1.6 showed a dramatic increase in noa1 mutant on Ca(NO3)2 media. This study demonstrated that exogenously supplied nitrogen substrates were definitely contributed plant germination and development by affecting nitrate involved and transport related gene expression. Taken together, we can conclude that nitrogen is not only involved in physiological development also effect nitric oxide related signaling pathways. Additionally this study suggests different point of view of nitric oxide research and further ideas.

I have been interested in studying overall of agriculture, so I received an agricultural and economics bachelor’s degree from Kyungpook National University. In the process, I felt that biotechnology is most important for its implications in health and medicine from food. After all, I chose to go on to study further in this field and enrolled in the doctor´s course. Currently I am working as Ph.D candidate and a researcher in diversity of national project at KNU. I’m focusing on NO-mediated plant defense system toward both biotic and abiotic stresses using bioinformatics approaches like transcriptome.