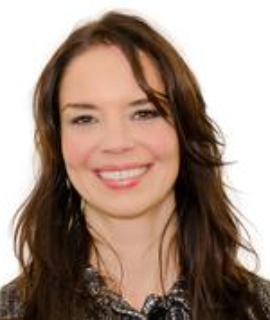 Fusarium verticillioides is a plant pathogenic fungus that causes ear rot disease of maize and produces the carcinogenic fumonisin mycotoxins. The fumonisins are hazardous to both human and animal health and are associated with oesophageal and liver cancer in humans and have been classified as Group 2B (potentially carcinogenic to humans) by the International Agency for Research on Cancer. The association between fumonisin-contaminated maize and maize products and human disease raised food safety and public health concerns worldwide. With a worldwide research focus centred on the reduction of mycotoxin exposure to humans and animals, the current study investigated the molecular mechanisms associated with fumonisin biosynthesis of the fungus in maize to identify potential targets for prevention. Several genetically homogeneous subcultures have been shown to produce varying amounts of the fumonisins in maize cultures. These subculture strains are therefore unique and present ideal opportunities to investigate the molecular regulatory basis of fumonisin production. Differential protein expression in a high (MRC 826-E) and a low (MRC 826-J) fumonisin producing strain were analysed in maize patty cultures using label-free LC-MS/MS at 7, 14 and 21 days of incubation. Eleven of the fumonisin biosynthesis proteins were detected, with significantly up-regulation in MRC 826-E after days 14 and 21. Fum1p, Fum6p and Fum8p, where significantly upregulated in MRC 826-E, 4.7-, 4.6- and 4.2-fold on day 14 and 3.7-, 3.1- and 1.7-fold on day 21, respectively. Quantitative real-time PCR of the FUM1, FUM6 and FUM8 genes confirmed the LC-MS/MS data with a 5.2-, 3.1-, and 4.5-fold increase in gene expression levels in MRC 826-E, respectively, which correlated with higher fumonisin production. No significant difference in FUM21 expression, a fumonisin transcription factor, was observed between the two strains, while the Fum21p was also not detected in either of the F. verticillioides proteomes. In addition to the Fum-specific proteins, a number of other proteins involved in various biological processes, metabolic functions as well as cellular components were significantly differentially expressed. Of specific interest was the up-regulation of proteins involved in the oxidation reduction processes and antioxidant activity associated with fungal metabolic processes related to FB production and fungal virulence via the involvement of cytochrome P450. Systematic analyses of these protein networks could provide new insight into the fumonisin production phenotype by elucidating novel molecular factors contributing to fumonisin biosynthesis in maize and could identify specific targets for the development of future control strategies.

• Findings of the current investigation provided important clues regarding the ability of F. verticillioides to regulate the production of fumonisins and specific targets were identified that could have important implications to devise resistant maize cultivars to the benefit of the maize industry

Dr Lilly obtained her PhD degree at the University of Stellenbosch in 2004 on the metabolic engineering of Saccharomyces cerevisiae for optimum aroma compound production. Postdoctoral fellowships included genetically modifying yeast for metal bioremediation and research on the bioprospecting for novel enzymes for cellulose degradation and biofuel production through metatranscriptomic cDNA library construction. In 2014 she joined the Institute of Biomedical and Microbial Biotechnology (IBMB) at Cape Peninsula University of Technology as a Researcher and her current research focus is on the proteomic and transcriptomic analyses of molecular mechanisms associated with fumonisin production by Fusarium verticillioides in maize. Dr Lilly’s current major research interests include gene expression studies using quantitative Real-time PCR and proteomic analysis.