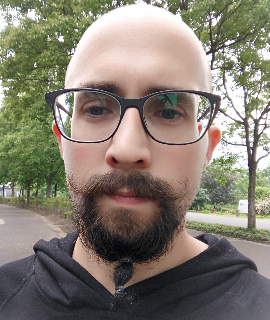 The use of microorganism-based products in agriculture has been raising for the las two decades. Bioinoculant products has been calculated to produce around 2 billion USD in 2017, and economic analysts estimate they will produce 2-3.29 billion USD profit by 2022. This growing trend means that research into new strains and their application is greater year after year. However, the isolation of new candidate strains has not gone hand in hand with a deep characterization of them. Although every day we know more about the mechanisms of growth promotion, protection against pests and pathogens, as well as improvement of the tolerance to abiotic stress mediated by these strains, very little progress has been made in the potential or real impact that they are causing after application. Conventionally, it is accepted that said strains beneficial for the plants and therefore harmless in their application. However, the application of new techniques for population description (metagenomics), as well as the increasing awareness about ecological networks and their balance, are bringing to light situations of potential risk not initially planned. Far from causing skepticism or reticence in the use of biofertilizers, the application of biosafety criteria will allow us to use them more efficiently, controlled and reliably, guaranteeing their sustainability. In this sense, we proposed the Environmental and Human Safety Index (EHSI) in 2016 as a first alternative modulated and adaptable to different ecosystems as a starting point to assess application risks and precautionary or monitoring measures.

Dr. Juan Ignacio Vilchez was licensed in Environmental Sciences degree at University of Granada (Spain) in 2009, he was recognized by Final Degree Research Project based on the use of Actinobacteria strains to promote growth and enhance drought-tolerance in pepper and tomato plants. By 2010, he coursed master studies in Research and Advances in Microbiology at University of Granada to characterize bacterial-symbiotic relations to alleviate abiotic stresses in crop plants and thereafter he obtained Spanish National Pre-Doctoral Fellowship FPU to continue this work. In 2016 he got his PhD title in Systems and Fundamental Biology, in branch of Environmental Microbiology, by University of Granada. During this time, he performed several doctoral stays in other Spanish (Madrid, Malaga and Granada) and European (CeBiTec-Universität Bielefeld, Germany; IT Carlow, Ireland) groups, working in biosafety, proteo-metabolomic and transcriptomic fields. His work in PGPR biosafety assessment was published as a new reference index and is under consideration to new Biofertilizers Regulation in EU. Nowadays, he is in second year of a postdoctoral stay at Shanghai Plant Center for Stress Biology (PSC) by CAS President’s International Fellowship Initiative (PIFI).