Behavior of Arsenic species in rice cultivated in soils with Penicillium sp. for mitigation 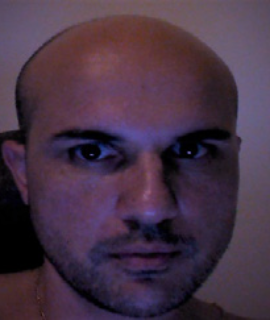 Title : Behavior of Arsenic species in rice cultivated in soils with Penicillium sp. for mitigation

Rice grains are significant source of inorganic arsenic (i-As) for humans’ diet. The Codex/FAO has few regulations for limits and mitigation of As in rice. Fungi isolated from rice’s rhizosphere are potential tools for As-mitigation. The inoculation and management of native microorganisms isolated from rice paddy soils are a potential tool for bioremediation and mitigation of As contamination in rice grains once these organisms can uptake and storage As, convert i-As to less toxic organic forms, volatilize organic species and, improve grains yielding in rice plants, “diluting” the As-species accumulated in the grains. All these mechanisms are welcome for food safety once the rice is known for accumulating As 10-fold more than other cereals and the new regulations of Codex Alimentarius preconize the maximum limit of 200 and 350 µg Kg-1 of i-As in polished and husked rice grains, respectively. Here we used background soils (Bkg) and soils containing 5 mg As(V) kg-1 (Spk) and the addition of the fungus genera Penicillium sp. for rice cultivation at flooded conditions. The soils, roots, and grains were analyzed after complete plant maturation. For grains produced in Bkg, total As (t-As) increased in soils where the Penicillium sp. was added, due to the increase of organic As (o-As) and As(V). However, As(III), he most toxic form, decreased in the grains. In the Spk soils was observed significant reduction of t-As in grains. Penicillium sp. presented intermediary efficiency for As-mitigation. The non-retained As specie (NRAS) was detected. Rice grains yielding was improved by the addition of the fungus. Therefore, the use of fungus is an important mechanism to be used for As-remediation in rice, a valuable global cereal. The authors thank to Fundação de Amparo a Pesquisa do Estado de São Paulo (FAPESP grant 14/05151-0).

Graduate in Pharmacy (2004), Federal University of Alfenas, Brazil (2004). Master Scientist in Toxicology, Faculty of Pharmaceutical Sciences, University of Sao Paulo Ph.D. in Science (FCFRP-USP, 2012), where he worked with chemical speciation of arsenic in food, being part of this doctoral held at the University of Aberdeen, Scotland (Scotland, UK), with emphasis on the metabolism of arsenic by different rice cultivars and identification and quantification of phytochelatins by (HPLC / MS, ICP-HR / HR-ESI-MS). It has more than 52 articles published in analytical chemistry, toxicology, food analysis and metabolism. Currently professor at the Federal University of ABC, Brazil.