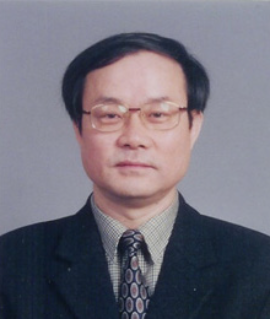 Role of the Arabidopsis R2R3 MYB transcription factor AtMYB44 has been described in diverse hormonal signaling processes, including abscisic acid (ABA)-mediated tolerance to abiotic stress and seed germination, ethylenemodulating insect defense, and disease resistance mediated by salicylic acid and jasmonic acid. AtMYB44 appears to act as a repressor of gene transcription in ABA-mediated stress responses. In AtMYB44-overexpression (35S:AtMYB44) transgenic Arabidopsis, expression of a group of protein phosphatase 2C (PP2C) genes, including ABI1, ABI2, AtPP2CA, HAB1, and HAB2, was diminished under salt stress. PP2C genes encode a group of protein phosphatases that counteract protein kinases, thereby inhibiting the ABA-mediated signaling process. Meanwhile, transgenic Arabidopsis, soybean, and rice seedlings overexpressing the AtMYB44 gene exhibit enhanced drought/salt-stress tolerance, presumably owing to the repression of PP2C gene transcription. Sucrose non-fermenting 1-related protein kinases (SnRKs) and clade A PP2Cs act as positive and negative regulators of ABA signaling processes, respectively. PP2Cs physically interact with SnRK2s to form complexes, inactivating the kinases via dephosphorylation. Under abiotic stress conditions, the soluble ABA receptors PYR/PYL/RCAR capture ABA and consequently bind to PP2Cs, inhibiting phosphatase activity. SnRK2s are released from the PP2C–SnRK2 complex and phosphorylate ABA-responsive element binding factors (AREB/ABFs), which activate the expression of ABA-responsive genes. A series of independent studies has suggested that AtMYB44 physically interacts with PYLs (PYL8 and PYL9) and blocks the interaction of PYLs with PP2Cs. In particular, it was reported that AtMYB44 physically interacts with PYL8 and represses ABA signaling in response to drought and senescence. In such cases, AtMYB44 acts as a negative regulator of ABA signaling and stress responses, in contrast to our previous observation of the positive role of AtMYB44 in ABA responses. Additionally, several studies have described AtMYB44 as a phosphorylation-dependent positive regulator of ABA signaling. In particular, it has been proposed that AtMYB44 functions as a transcriptional activator of toleranceenhancing factors rather than as a repressor of tolerance-diminishing factors. Moreover, a research group reported that AtMYB44 acted as a transcriptional activator of WRKY70 by directly binding to the promoter in the defense response against a necrotrophic pathogen. We investigated the role of AtMYB44 as a repressive transcription factor regulating the expression of clade A PP2Cs, including ABI1, ABI2, and HAI1. We observed that AtMYB44 physically interacts with TPR corepressors through the EAR motif (LSLSL) in the C-terminal catalytic domain. AtMYB44 forms a complex with TPR corepressors and represses the transcription of PP2Cs via the promotion of histone deacetylation at the gene locus. These results support the role of AtMYB44 as a repressor of PP2C gene expression and a positive regulator of ABA responses. Finally, AtMYB44 binds to PP2C promoters in a signal-independent manner, but is released from these regions in response to external signals to liberate gene transcription. This may explain the roles of this transcription factor in diverse signaling processes.

Graduated from Seoul National University, Department of Agricultural Chemistry. Researcher of the Korea Institute of Science and Technology (KIST).

Received Ph.D. degree from the University of Georgia (USA), (Department of Biochemistry).

Currently, Research Professor of the Seoul National University (Center for Food and Bioconvergence)