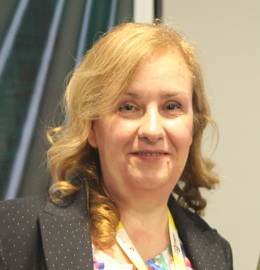 Title : Biochemistry of some relic and endemic conifers of Balkan Peninsula

Three high-mountain tree species from the Pinaceae family were investigated: Serbian spruce, Picea omorika (Pan?.) Pürkyne, Bosnian pine, Pinus heldreichii Christ., and Macedonian pine, Pinus peuce Griseb. Although they belong to different subfamilies (Abietoideae and Pinoideae), genera (Picea and Pinus), subgenera (Pinus and Strobus), and have clear morphological differences, all three species, which are autochthonous in Serbia and Balkan Peninsula, have several common features: endemic-relic character, disjunctive area of distribution, higher or lower vulnerability (IUCN Red lists), under-investigated variability as well as taxonomic, phylogenetic, and conservation statuses. Since Serbian spruce, Bosnian and Macedonian pine, as well as some other relict gymnosperms from Balkans, are important links for the understanding of the phylogenetic relations between the fossil and contemporary species belonging to the genera Picea, Pinus, and other conifer trees, study of their variability is of special significance for the understanding of the biogeography, taxonomy, phylogeny, and evolution of plant species.

It is well known that Picea and Pinus are treated as separate genera on the basis of several, mainly morphological characters. However, in spite the fact that inter- and intrapopulation variability in the terpene and n-alkane composition of the needle waxes has been shown, a very clear separation of these genera was demonstrated. Thus, it can be concluded that these characters (terpenes and n-alkanes,) are also of great importance in the overall consideration of phytogeographic, evolutionary, chemotaxonomic, and phylogenetic aspects of these interesting conifer taxa.

Dr. Nikoli? studied Faculty of Forestry at the Belgrade University, Serbia and graduated as MS in 1989. She then joined the research group of Prof. P.D.Marin at the Institute of Botanic and Botanical Garden “Jevremovac”, Faculty of Biology, University of Belgrade, Belgrade. She received her PhD degree in 2008 at the same institution. Working on the Institute of Forestry from 1990 to nowdays, she obtained the position of a Prinicipal Research Fellow. She has published more than 40 research articles in SCI journals.