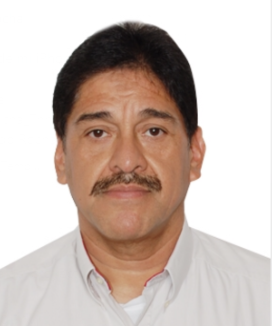 Title : Sorghum as a forage alternative in semi-arid regions of northern Mexico

Arid and semi-arid ecosystems constitute one third of the land area, in Mexico they occupy 6% of the national territory with an average annual rainfall of 250 to 750 mm and are located in the states of Chihuahua, Sonora, Durango, Zacatecas, San Luis Potosí Jalisco.

Some virtues of forage sorghum are greater precocity and resistance to drought, so that the crop can obtain good yields with low water consumption, in addition to not fighting pests, diseases and weeds or fertilizing, so its cost is relatively low , approximately 50 percent less cost than forage corn production.

The materials used were two varieties of forage sorghum (sorgum vulgare pers); one of them is the honey drop variety and the other the sorghum variety sweat; both low seasonal agriculture during the spring rains of summer 2018. The sowing date was July 13, 2018, with a sowing density of 15 kg per hectare, depositing the seed through a six-row planter at a depth of 6 to 8 cm.

The descriptive statistical method was used to compare the heights and to determine the averages of the percent of dry matter in plant samples in the laboratory. The validation test used the T (student) in the means of comparing means in two work groups with a 0.05, that is, with a 95 percent reliability.

The determination of the percentage of dry matter in the sample plants was carried out at 75 days of birth, since the plant was in a tenon spike and its totally green state, which is the optimal stage to cut the forage sorghum and begin its process to form silage.

The results obtained at the end show a significant difference according to the student's t method, related to the objectives they were met and the null hypothesis was rejected. Considering to be a good forage option for cattle.

Agronomist Fitotecnista. 1985 UAAAN. Postgraduate in Business Administration. 1998 UAdeC Doctorate in Strategic Administration. 2013 IIAE PhD Candidate in Administration and Senior Management. UAdeC Certificate in Labor Competences for the teaching of human capital training courses. CEO of the Basic and Applied Research Center of the UAAAN Research professor at the Universidad Autónoma Agraria Antonio Narro Head of the Department of Basic Sciences at the Universidad Autónoma Agraria Antonio Narro Professor of the subjects of Biostatistics and Introduction to Statistics Author of the book Biostatistics applied to veterinary medicine and livestock research in 2017. Author of the book Principles of  Biostatistics in 2019. Co-author in four scientific publications in a journal indexed in 2018. Advisor in eight investigations for thesis of degree in 2018.