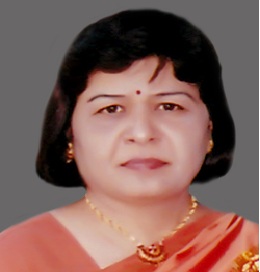 Title : Phytonematodes problem under polyhouse condition and their management

Protected cultivation of horticultural crops is an emerging technology for raising vegetable & ornamental crops under controlled environmental conditions. This has gained popularity among farmers due to high productivity, better quality of produce and manifold increase in yield per unit area. This is feasible in the tropical and subtropical climatic conditions of India for the cultivation of high value crops. The protected cultivation has shown high productivity, better quality produce and early maturity round the year of cultivation. Out of 525 ha area under greenhouses in India, 83 ha has been covered in the NE states, the maximum area being in Sikkim. Protected cultivation is being followed world wide. Japan and China has maximum share of around 54000 and 48000 ha under green houses respectively. The green house technologies are being practiced in India in states of Kerala, Andhra Pradesh, Bangalore, West Bengal, Rajasthan, Gujarat and Northern Eastern regions. The Himachal Pradesh government is promoting farming inside Polyhouses to improve the earning potential of farmers in the state, especially during winters. Now the protected cultivation is also spread in Chattisgarh, Tamil Nadu, Orissa, Bihar, etc. under mulches and pond reservoir. High day time temperature and relative humidity within the greenhouses and low tunnels along with general poor plant hygienic conditions inside and outside the greenhouses provide ideal conditions for the introduction and rapid multiplication of insects, fungal, viral, bacterial and diseases caused by plant-parasitic nematodes. Phytonematodes have emerged as one of the limiting factor in the successful production of vegetable crops. The problem of nematode after 3-4 crops increases due to build up of initial population in first crop and shortening life cycle of nematode due to higher temperature. However, M. incognita spreads from 10 to 60 % of the area because of the mono-culturing and accordingly yield losses may go up to several folds under such environment. Therefore, regular monitoring is the most important principle to detect any kind of malady developing by examining both soil/plants in polyhouses. Many biological control agents against nematodes are available for managing nematode population. Hence, to maintain Greenhouse clean, paths should be free of soil, organic matter, weeds, algae, benches should be disinfected. Unhealthy plants and plant parts from the greenhouse have to be removed, sanitation, proper fertilization, organic supplements, monitoring and other attributes should be taken care. Further many viable options for nematode management including use of biocontrol agents, nematicides & antagonistic crops like Crotolaria have been developed.

Archana Udai Singh is serving as Principal Scientist of Department of Nematology, ICAR-IARI, New Delhi. She has also worked as Ex-Project Coordinator (Nematodes). She completed her B. Sc in Zoology (Hons) from Delhi University, M. Sc (Nematology) and Ph.D (Nematology) from IARI, New Delhi. She started her career as ARS Scientist and has 27 years of teaching, research and extension experience. Her field of specialization is Fungal Biocontrol, Integrated Nematode Management and has great interest in Extension activities. She has more than 270 publications including research papers, review articles, book chapters, popular articles, etc. in different national and international journals. She has attended many international, national, conferences, workshops, symposia, invited as Resource person, Convenor, Chairman, Rapporteur and Guest speakers. She has received Young Scientist Award, Distinguished Scientist Award, Outstanding Scientist Award, DAHS Challenge Trophy and many more. She is working as member in the Editorial Board of many Journals. She has worked as External examiner in many Universities for B.Sc, M. Sc and Ph.D students. She has received many prizes in different extra-curricular activities and Life member of many Professional Societies