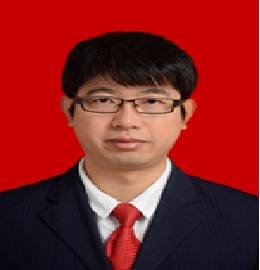 In the ovule evolution, the integument is the most attention point in discussion as a morphologic character of the seed plants. There are several theories and hypotheses about the origin of the integument were presented in the history. However, the development and function of the ovule envelopes are not so clear until now. The ovule development of the basal gymnosperms Cycas and Zamia with morphological and anatomical were investigated using LM and SEM, especially of the integument to complement the existing knowledge in seed plants. The nucellar beak found in Zamia is a structure that has not been recorded previously. The protruding nucellar beak first reaches the middle of the micropylar channel and fills it completely without leaving any space between nucellus and micropylar tissue. By further growth the nucellar beak it extends to the distal end of the micropylar channel and can be seen from outside in top view of the ovule. The nucellar beak may be the primary acceptor for pollen. After pollination, the strobilus is closed again. The pollen inside the nucellus forms the pollen tube and passes the tissues of the chamber between the nucellar beak and macro prothallium. There are striking similarities to the lagenostom or salpinx in Lyginopteridatae. There may be an evolutionary way to interpret the pollination drop existing in the Lyginopteridatae. Probably the nucellar beak of Cycads, even Ginkgoales have the same function with the lagenostom or salpinx of the Lyginopteridatea. Unfortunately, pollen and transport inside the pollination chambers have not been observed. Further analysis of this unusual structure seems to be very important.

Dr. Zhang studied plant science at the Ruhr-Universität Bochum, with the supervisor of Prof. Thomas Stuetzel in Germany and received his PhD degree in 2013. Then he came back to China and joined in Northwest A&F University. He has published more than 20 research articles in SCI (E) journals. He is the membership of American Society of Plant Biologists, Deutsche Botanische Gesellschaft, Botanical Society of China and Chinese Society of Forestry.