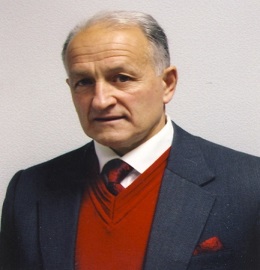 Title : Impoverishment of the Turanian biota in discrete relict patches of painted deserts across East Georgia

In South Caucasus true deserts occur in Armenia and Azerbaijan. In third country of this region, Georgia is represented only semi-deserts. However, three isolated patches of the Tertiary gypsum-bearing red clay painted deserts of eastern Georgia – attract attention via traditional biogeographical framework. Mentioned should be Davidgareja (E. Georgia), Aspindze and Adigeni (S. Georgia).
They form a sort of ecotone-isolated ‘islands in the sky’ against a ‘sea’ of mainland, i.e. surrounding a quite different type of habitat. Three relict patches, desertified hills are considered to be of ancient Mio-Pliocene origin. Thanks to topography, exclusively peculiar-terrain forms (absence of fertile soils), painted desert hills are home of drought-climate and poor soil-tolerant xerothermophillous species of plants. Therefore, they should be classified as microrefugia of the desert dwelling species, mostly the Irano-Turanian center of origin.
This mosaic of patches should be viewed as the net of archetypical ecotones favored allopatric speciation events and pattern of poor but unusual biodiversity characterized to each patch. To the most significant relict species of flora is presence of by Halimodendron halimodendron, Nitraria schoberi, Reaumuria altervifolia, etc. Currently they have occupy extreme western edge of Turanian (Central Asia) types of vegetation. In remote past, some desert dwelling species of East Georgia, through biogeographic filter effects can  equipped to survive the climate crisis.