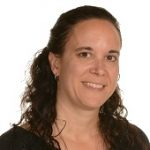 Grapevine production is relatively recent in Quebec, Canada, and several challenges restrict quality grape production. Quebec’s rigorous climate and short growing season are just a couple of limiting factors in grape production and varietal selection. Rootstocks adapted to growing conditions allow producers to plant varieties that are better adapted and more efficient in specific soil and climatic conditions. Selected scion/rootstock combinations could be better suited to growing conditions found in Quebec vineyards, thereby homogenizing vegetative growth for all vines, reducing costs associated with management and help to reach maturity and optimum berry quality. The main objective of this project was to evaluate the use of grafting as a technique to adapt hybrid vines to cold climate growing conditions found in Quebec, Canada. Several combinations were produced using Frontenac, Frontenac blanc and Marquette cultivars along with 4 rootstocks (101-14 MGT, 3309 C, Riparia Gloire de Montpellier, SO4), as well as own-rooted vines. The experimental plot was implanted in 2013 in gravelly-loam soil. Several parameters were observed, such as yield, berry chemistry and wine sensory analysis. Rootstock effect showed little impact on yield, but a significant impact on berry chemistry, mainly on total solids solubles and on titrable acidity. Moreover, a significant effect on wine appreciation was noticed, where use of rootstock generally increased wine quality. In Quebec, grafting hybrid cultivars is not a common practice, but it could be profitable to the producer to select rootstocks adapted to their soil and climate conditions to improve profitability.

Dr. Caroline Provost obtained a doctorate in biology from the University of Quebec at Montreal in 2005. In 2005, she worked in the entomology lab at the University of Vermont at Burlington for a year. From 2006-2010, Dr. Provost worked as a researcher for a private company. Since 2010, Dr. Provost is the director and researcher at the Mirabel Agri-Food Research Center. She is also an associate professor at INRS – Institut Armand-Frappier since 2012. These years of research in various fields have enabled her to develop expertise in viticulture, apple growing, and fruit and vegetable crops. Its research themes mainly deal with phytoprotection, integrated pest management, sustainable development, crop management, biological control, and wine/cider. Dr. Provost is heavily involved in several working committees and research groups to optimize horticultural research and knowledge transfer to various target audiences. She has published more than 280 documents for different audiences (poster, conference, webinar, chapter book, research report…) and 14 research articles in SCI(E) journals