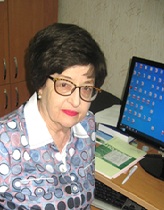 Title : Field crops as a source of biologically active substances for crop production

Field crops: Barley Hordéum vulgáre, oats Avena sativa and buckwheat Fagopýrum esculéntum contain biologically active metabolites with stimulating, fungitoxicity and adaptable properties on which plant biological control tools for harmful plants are created and tested Organisms. From the roots of oates isolated avenacin, from the grain of barley gordecin, from leaves and buckwheat flowers the sum of bioflavanoids (quercetin, routine, chlorogenic acid). All of these metabolites have antioxidant properties. Avenacine is a plant antibiotic found in maximum quantities in the roots of sowing ove.  The roots of the oat contain 4 groups of avenacines: A-1, A-2, B-1, B-2, the main of which is avenatein A-1 (70%).   Avenacin (10-11M-10-12M) stimulates root formation and has antimicrobial action on Staphylococcus aureus, Pseudomonas aeruginosa, E.coli and fungitoxic properties against Fusarium oxysporum. The effect of avenation on the growth processes of peas has been investigated. High concentrations of avenation (10-6M) act depressingly on the development of plants in the initial stages, slowing the growth of roots. The treatment of avenaten peas in nanoconcentrations (10-10M-10-12M) has a stimulating effect on root formation. In addition, under the influence of avenationin there is a stimulation of the root formation of peas infected with Fusarium oxysporum, 2.3 - 5 times, which indicates its fungitoxic properties.

Inhibition of root growth of healthy pea sprouts treated with gordecine in concentrations of 10-8-10-10 M, compared to control by 2.5 times. With the decrease in the concentration of the antibiotic, the length of gordecine-treated roots increases. Infection of Fusarium oxysporum of pea seeds and treatment with gordecin leads to an increase in root length compared to control by 2.3 to 2.7 times and recovery of plants, which is probably due to the selectivity of the action of gordeskin aimed at the pathogen.

In the leaves and flowers of buckwheat in large quantities contain routine, quercetin, chlorogenic acid, and in the roots of epicatechin, possessing antioxidants properties. From buckwheat straw, a product called RutiFlav was obtained, which is one of the components in the composition of the composition for presowing treatment of pea seeds (RF patent No. 2463759). The invention relates to agriculture and biotechnology. Using the obtained product by soaking and / or spraying pea seeds, it is possible to increase the immunity of the plant. As a result of pre-sowing treatment, the development of root rot decreases by 15%, the moth damage by 5%, while there is an increase in pea yield by 15-20%, depending on the stability of the genotype and the conditions of the year. The more stable the variety and the more favorable weather conditions for the development of plants, the less is the increase in yield when processing the drug; the less stable the variety and the worse the conditions of the year, the higher. The use of a drug in combination with chemical pesticides in field crop cultivation technologies reduces the dose of the latter by half. Buckwheat bioflavonoids have antioxidant, fungicidal and bacteriostatic properties. Thus, active metabolites isolated from plant tissues of field crops can be included in the integrated control of pests and diseases.

The presentation presents a scheme for the isolation of avenacin from the roots of oats, gordetsin from barley grain and the sum of bioflavonoids from the leaves and flowers of buckwheat. In Petri dishes with the Fusarium oxysporum seeded fungus and the disc method, the result of the fungitoxic effect of these metabolites is demonstrated. On the seeds and seedlings of peas, barley and wheat, the growth-promoting effect of metabolites is shown, data from field studies showing the effect of metabolites on the photosynthetic productivity and yield structure of a new preparation based on buckwheat bioflavonoids are presented.

Dr. Pavlovskaya N.E. studied biology at Tashkent University, which she graduated in 1961, worked at the Institute of Experimental Plant Biology of Uzbekistan, where she defended her dissertation in plant biochemistry in 1969, worked there as a research associate, and in 1987 she defended a doctorate at the Institute of Biochemistry named after A.V. Palladium in Kiev, NAS of Ukraine. In 1994, she moved to the Russian Federation in the city of Oryol, where she works as the head of the department of biotechnology. She prepared 32 candidates of sciences and 2 doctors. Pavlovskaya N.E. published more than 300 scientific papers, received 15 patents for plant protection products, copyright certificates for varieties of cotton, peas and barley.