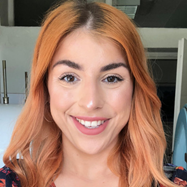 Improving yield potential, crop quality and abiotic stress tolerance have always been some of the most important requirements for successful crop production. Poor environmental conditions arising as repercussions of climate change, like the drastically higher temperatures and drought during the summer, have become a significant cause of productivity and yield loss. Therefore, many strategies are focused on minimizing their negative effects, like changing the cropping patterns, including earlier sowing (early spring). Maize is especially sensitive to extreme heat occurring during the flowering and grain filling stages in summer, and earlier sowing enables avoiding this. However, it also means exposure to suboptimal temperatures and chilling stress during earlier developmental stages, leading to a demand for the development of maize lines tolerant to low temperatures during those stages.

In this study, 46 maize lines used in breeding programmes were grouped as Lancaster and group consisting of different heterotic groups like BSSS, Iowa dent, etc. and further studied by whole transcriptome sequencing (maize leaves, V4 stage, optimal temperature conditions). Gene expression analyses revealed a set of 77 differentially expressed genes (DEGs) between the two groups, out of which 20 were annotated as related to abiotic stress response. ATP synthase CF0 A subunit gene (atpI) was chosen for further characterization under low temperature conditions in two inbred lines (L1, L2) with most contrasting FPKM values, one belonging to each group. The experiment was performed with 5-day old and V4 maize seedlings, under optimal (25°/20°C) and low (8°/10°C) temperature conditions, with a 12h photoperiod. Samples for RNA extraction, cDNA synthesis and qPCR expression analysis were taken after 6h and 24h exposure to experimental temperatures.

Manja Boži? studied Biology at the University of Belgrade and graduated as MS of Plant Physiology and Molecular Biology in 2018. She started working on her PhD research shortly after joining the Laboratory for Molecular Genetics and Physiology, Maize Research Institute „Zemun Polje“. She is currently working there as a research trainee and focussing on abiotic stress factors affecting maize gene expression, and how it further affects their growth and production.