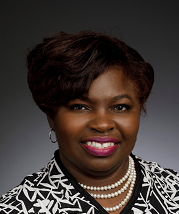 In this preliminary study we investigate the responses of Glyphosate-Susceptible and Glyphosate-Resistant Amaranthus palmeri to an organic 10% acetic acid herbicide solution. Traditional herbicides are glyphosate-based. Overuse of these herbicides has led to glyphosate resistance in some plants. Amaranthus palmeri is one of them. We hypothesized that although both forms respond differently to glyphosate-based herbicides, both respond the same to organic-based herbicides that include acetic acid. In this study a 10% acetic acid solution was used versus the standard 20% acetic acid solution found in the organic agricultural vinegar herbicide because previous studies suggest that at a very young age (plants are less than ten centimeters tall), the 10% solution is strong enough to control growth. Using a lesser concentration is better for the environment since there will be less buildup over time. Using less is also less costly to the farmers' pocket. In the greenhouse Amaranthus palmeri was grown in 24 pots using Carolina® Seed Starter mix. The seeds were loosely placed in the soil about an inch from the top. Once 2 to 8 leaves per plant were apparent, the young Glyphosate-Susceptible and Glyphosate-Resistant Amaranthus palmeri leaves were sprayed with a 10% acetic acid solution. These plants are C4 plants and thus have stomata on their adaxial and abaxial leaf surfaces. Most leaves have stomata only on their abaxial surfaces. Using the JEOL Scanning Electron Microscope (SEM) we noted that stomata start responding to stress within two hours. The leaf surfaces of both plants respond the same way. Death starts to occur within 24 hours for both plant forms. The SEM micrographs show that stomata are open on the adaxial surfaces of both plant forms before they are treated. After treatment, the plants become stressed and the stomata close. However, there is a difference in the death rate. Eighty five percent (85%) of the Glyphosate Susceptible plants died within 24 hours, while 100% of the Glyphosate-Resistant plants died within 24 hours.