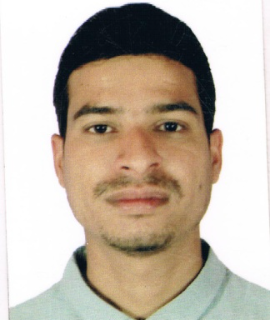 The government of Nepal has recommended blanket fertilizer application for rice cultivation, which results in lower nutrient use efficiency (NUE) particularly under rainfed conditions. With the aim of finding an appropriate nutrient management practices concerning rice production and profitability, a field experiment was conducted during rainy season of 2017 and 2018 at Kavrepalanchowk and Dang district of Nepal. Altogether, five treatments comprising various nutrient management practices viz. Nutrient Expert Model (NE), use of Leaf Color Chart (LCC), Government Recommended Fertilizer Dose (GON), Farm Yard Manure (FYM), and Farmers’ Field Practice (FFP), were laid out in RCBD with four replications in farmers’ fields. The analysis of variance showed significant difference between treatments for test weight and grain yield in Kavrepalanchowk whereas all traits except number of effective tillers were significant in Dang. The significantly higher grain yield and harvest index were obtained in NE, followed by LCC; and the overall straw yield was highest in LCC, followed by NE in both the locations. Also, yield gap analysis suggested the NE had 44.44% and 23.97% increase in yield as compared to FPP in Kavrepalanchowk and Dang, respectively. The combined analysis with Best Linear Unbiased Estimator revealed the interaction of nutrient management and location significantly effects the straw yield and harvest index across both the locations. The estimated mean straw yield and harvest index were 10.93 t/ha and 34.98%, respectively. Both correlation study and biplot of principal component analysis signaled grain yield had positive correlation with all other traits. Furthermore, the net revenue was maximum for NE, followed by LCC in both the locations. The benefit: cost ratio was highest for NE which was 1.55 in Kavrepalanchowk and 2.61 in Dang. On the basis of these findings, NE and LCC can be effectively used as nutrient management practice by the farmers to obtain maximum production and profitability in Rice.

Ram Datta Bhatta was born in 1994 in Kanchanpur, Nepal. He obtained his Masters of Science in Agriculture (Msc.Ag) in Agronomy at Tribhuvan University, Kirtipur, Nepal. He has published a dozens of scientific papers related to his subject and reviewed dozens of articles as a reviewer. He was part of different organizations and he has presented papers on different international platforms. He has worked for bilateral organization like Peace Corps Nepal, developmental organization like UNDP and also as Horticulture Development Officer at Ministry of Land Management, Agriculture and Cooperative Office Province 7, Nepal.