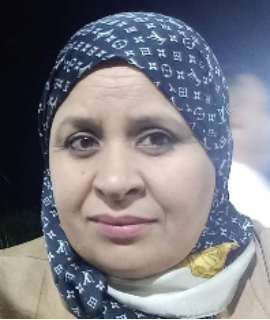 Ten wild populations of Atriplex halimus from different bioclimatic stages of Tunisia were subjected to phenols, flavonoids, flavonol, tannins, antocyanins content   and then tested for their antioxidant’s antidiabetic and antialzheimer activity. The levels of polyphenols (51.33 mgEAG/gDW for   Kairouan to 101 mgEAG/gDW for Ghannouch) and flavonoids (32.29 to 51.40mgER/gDW for the same populations respectively) were important and varied significantly among populations analyzed. The levels of flavonols are important and vary significatively among population (Mednine: 25 and Matmata; 16.33mgER/gDW). Tannins and Anthocyanin varied together significantly among populations (8.21and 9 for Seliana and 13.76and 14.33for El-hamma respectively for Tannins and Antocyanins). Good antioxidant activities were revealed by the DPPH, FRAP and Chelation fer test (IC50DPPH=147.33µg/ml in population of Seliana, IC50FRAP=3.22 for population Sousse, IC50Ferch=1.47, population of El-hamma). A.halimus possessed a high inhibitory effect against α-amylase (up to2.62 for EL-hamma) and AChE (up to 160.42 for Tebelbou) key enzymes linked to type-2 diabetes and Alzheimer’s illness. The principal components analysis performed on the different parameters for the ten A. halimus populations analyzed revealed that population’s structure was clearly isolated and subdivided in three distinct groups not according to bioclimate.

Dr. Guedri Mkaddem Mounira studied vegetable biotechnology at El Manar University, Tunisia and graduated as Assistant professor in 2006 at height Institute of Applied Sciences and Technology of Gabes (ISSATG). She then joined the research group of Prof. Mehrez ben romdhane at the National Engineering school of Gabes. She received her PhD degree in 2007 at the faculty of Sciences Tunis. After three years of teaching and research in Laboratory of Energy, Water, Environment and Process, (LR18ES35), National Engineering School of Gabes, University of Gabes supervised by Dr Bechir chaouachi she obtained the position of an Associate Professor at ISSATG. She has published more than 15 research articles in IF journals and occupied the post of referrer at TTO  of University of Gabes.