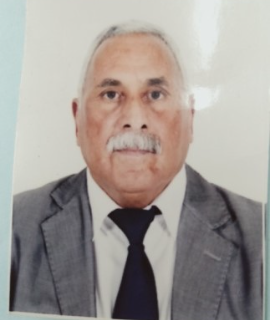 Durum wheat is the major source of food in Algeria. In spite of numerous trials to improve crop production, yield remains still low. Among the reasons that may justify this low level of productivity, drought is the major factor that limits yield. Since early 90’, new approach has been used by most physiologist and breeders too, and concerned indirect selection, using selection of phenotypic traits for drought tolerance.

Three durum wheat varieties have been used for experimental purpose and served as genetic material for characterizing physiological and biochemical potential under water stress. Crosses have been made in order to evaluate the heritability of some drought tolerance traits in F1 and F2 generations.

The results that have been obtained showed that heritability can either be co- dominant (number of spikellets/ spike) or transgressive one (water absorption, seed vigour).

The present study has permitted us to foresee a new alternative afar as selection is concerned. In fact, on the basis of the phenotypical potential of the varieties, we were able to find out thru what is called indirect selection, what are the main traits that are governing drought tolerance, such as osmoregulation, cell turgor. Lines issued from respectivecrosses will behave according to their heritability.